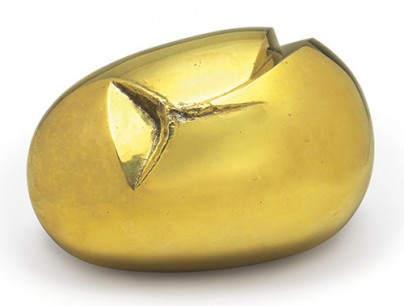 The Whitechapel Gallery launches the first exhibition of works from the V-A-C collection in the UK, selected by British artist Mike Nelson, on 9 September 2014.

Mike Nelson (b.1967) is a contemporary artist best known for creating immersive, multi-layered installations. For this display at the Whitechapel Galley, Nelson imagines returning works from some of the 20th century’s greatest sculptors to an environment suggestive of an artist’s studio, naturally lit under the gallery’s skylight.

Nelson has chosen historic and contemporary figurative works by artists including Pawel Althamer, Louise Bourgeois, Constantin Brâncusi, Alberto Giacometti, Sherrie Levine, Henry Moore and Willem de Kooning. They will be displayed on a reclaimed wooden floor filling the space, leaving a metre wide walkway around the edge of the room, and shown as a mass of modelled figures on this common ground rather than on plinths or pedestals. Inspired by a Dieter Roth work, The Floor (Studio-floor from Mosfellsbaer, Iceland), (1973 -1992), Mike Nelson’s sculptural installation is what he describes as a ‘levelling of sorts, questioning how we look at objects’.

In the display, Nelson draws links between his own work and that of other artists by displaying works such as Pawel Althamer’s Ognisko (Camp-fire) (2012), which depicts white figures observing a campfire created from plastic, metal and resin. Nelson identified the campfire as a recurring motif found in his own work at various stages in his career for example, Gang of Seven (2013), an installation made up of debris found on Vancouver beaches. Nelson also refers back to his own work More things (To the memory of Honoré de Balzac) (2013),a sculptural environment that hovered between the figurative and the abstract.

This display highlights the V-A-C collection, Moscow, as part of the Whitechapel Gallery’s programme of opening up rarely seen collections from around the world. Following this first presentation, three further exhibitions of works drawn from the collection will be selected in partnership with three internationally acclaimed artists, Fiona Banner, Lynette Yiadom-Boakye and James Richards, over the course of a year. These displays will be on show from 9 December 2014 – 8 March 2015; 17 March – 14 June 2015 with the fourth and final display launching on 23 June until 30 August 2015. Each presentation will be accompanied by a unique publication devised by the guest selector.

The collection is owned by the V-A-C Foundation, a not for profit private institution founded in Moscow in 2009. This presentation of the V-A-C collection is part of the Whitechapel Gallery’s programme, opening up important public and private collections for everyone.