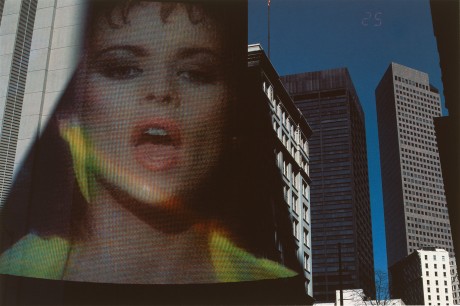 In honour of ‘Harry Callahan at 100’, a retrospective set to open Sunday, 2 October, at the National Gallery of Art, Washington, the Callahan family –including the artist’s wife, Eleanor, and daughter, Barbara – has given the Gallery an extraordinary gift of 45 of his photographs, 34 of which are included in the exhibition.

The works range from a very rare early self-portrait, made in 1942 in homage to Alfred Stieglitz, to six exceptionally beautiful portraits of Eleanor from 1942 to 1953,to his last vivid colour photographs of the 1980s and 1990s. In addition, there are examples of his innovative experiments of the 1940s and 1950s, including multiple exposures of urban scenes, as well as powerful portraits of anonymous pedestrians from the early 1960s. These prints were selected by Sarah Greenough, senior curator and head of the department of photographs, in consultation with Callahan himself, to represent his finest contributions to the art of photography.

In addition to the gift from the Callahan family, Susan and Peter MacGill have also promised seven more Callahan photographs to the Gallery. These include four vintage photographs of Eleanor and Barbara from the late 1940s and early in 1950, and two evocative pictures of Cape Cod from the 1970s that are included in ‘Harry Callahan at 100’.