Through My Window Solo Exhibition of Photographs by Ahae 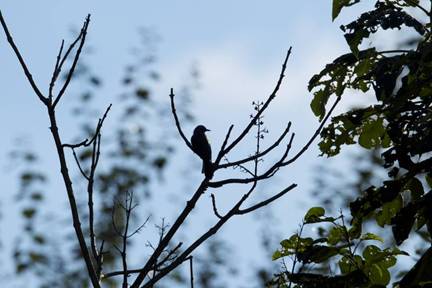 Selections from one million photos of nature

all photographed in two years

New York City – A one-person exhibition of photographs entitled Through My Window by the Korean artist Ahae will be on view at Vanderbilt Hall, Grand Central Terminal in New York City from October 13 through 22, 2011. The exhibition features more than 50 photographs, selected from more than one million, taken over a period of two years from 2008-2010, from one window of the studio in South Korea where the photographer Ahae resides and works.

With the artist’s eye for light, color and detail, Ahae captures landscapes and wildlife in all four seasons, moments in time that may never occur again. He draws us into the natural scene with all its intimate moments and then allows us to stand back and bathe in the serenity of the whole. Ahae takes us from the morning’s first light to the day’s last glimmer, through spring, summer, autumn, winter, and all the mood swings of the seasons as they change.

In his attempt to capture the passing of time and the beauty of the natural world surrounding him, Ahae has also produced a strong message regarding the responsibility we all have towards the world in which we live; reminding us of the tremendous natural heritage that is ours and yet is threatened if we do not act quickly.

Milan Knížák, General Director, National Gallery, Prague, wrote, ‘This immensely simple, but at the same time enormously rich view of the world through a single window of the house of the Korean photographer, inventor, and entrepreneur Ahae has quite overwhelmed me.  Ahae’s tribute to the world outside his window is direct and uncomplicated; one might say normal.  I emphasize the word “normal” because I perceive it in the most fundamental sense.  This normal, everyday world contains a great deal of magic, which we can discover though careful observation.  And Ahae is this careful observer.’  Knížák notes that Ahae shows the viewer ‘how the world actually is: delicate and magnificent, modest and courageous, and always sublime’.

Work by Ahae was on view this year at The Great Hall of the Veletrzni Palace, National Gallery, Prague, marking the first time the Great Hall was used for a solo exhibition by a living artist since 1928.  His work is now in the permanent collection of the museum.

Ahae’s photographs were exhibited this summer in the UK in the garden of Clarence House, the official residence of the Prince of Wales, and Lancaster House, London.  In addition, his work was shown at the Royal Botanic Gardens at Kew, London.  ‘Through My Window’ will also be on view at the Moscow Biennale from September 15 through October 5, 2011; at the Alinari National Museum of Photography in Florence, Italy, from December 1 through 31, 2011; and at the Magazzini del Sale in Venice, Italy, from March 20 through April 27, 2012.

Artist, environmentalist, poet, and septuagenarian, Ahae was born in Kyoto, Japan, in 1941. His family returned to Korea at the end of the Second World War, and he grew up on the Korean peninsula where he has spent most of his life.

Ahae took up photography in the 1970s, but it is only in recent years that he has been able to spend more time with his cameras. When he began this latest project, it was with pen and paper in hand and drawings in mind, but he soon realized that time would not allow him depict all that he saw and wanted to show, so he turned to his cameras. In the course of just two years, Ahae took no less than a million photographs—all from just one window of his studio in South Korea—recording the countless episodes that took place there amongst the creatures with which we share our planet. He is still at his window and on the days he is actively shooting, he can take an average of 2,000-4,000 photographs per day.  His total has now passed 1,250,000. Quality, not quantity, is the aim however, and of this there is an abundance, with extraordinary attention to detail, light, colour, and composition.

Ahae’s creative talents manifested themselves from an early age. By his mid-30s he began to apply this creativity to the business field, inventing and designing his own unique products, including a self-opening and closing ventilation fan, a hydraulically-operated safety boat, and various health-related products. He has owned over 1000 patents and trademarks.

Ahae has had a life-long affinity to matters related to health and physical activity. He holds a seventh degree black belt in Taekwondo, and is highly trained in Judo. Ahae has also developed his own unique exercises with the aim of promoting health. A conservationist all his life, Ahae has worked to ensure that his business activities do not conflict with his endeavors to maintain the purity of the natural world.