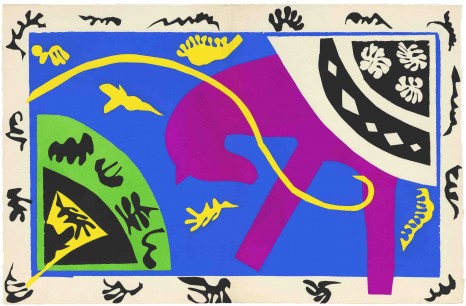 By the end of the Chapel project, the female nude returns as subject matter in Matisse’s art.  Zulma, from 1950, and Creole Dancer from the same year, are outstanding examples of a renewed vigour and confidence in his medium.  In the former, the artist has created a new sense of depth in the composition by letting the nude of the title lean against an angled table into the picture space.  Next to it, Creole Dancer – created entirely from leftover strips of paper – is a deliciously exotic and abstract image of a female figure....