Last weekend to see 'Radical Geometry' at the RA 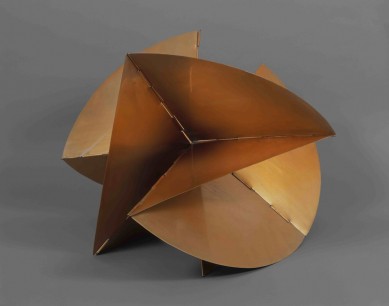 From the 1930s on, South America was producing exciting, dynamic art that anticipated the worldwide enthusiasm for Op and Kinetic art in the 1960s.
Over the past few years, Brazil has become known as one of the up-and-coming ‘BRICS’ countries (Brazil, Russia, India, China and South Africa), tipped to dominate the global economy in years to come. It is as if the country is newly emerging from the economic ‘shadows’. Yet in the 1930s and in the post-war period, Brazil and its South American neighbours were already seen as exciting, dynamic societies and economies.

Europeans wanting to get away from the rising power of Nazi Germany flocked to South America, bringing with them new ideas and stimulating the economies they joined – and their arts and culture. In addition, South American artists had long visited Paris to learn in the city that until mid-century was seen as the centre of the art world.

The art produced in Argentina, Brazil, Uruguay and Venezuela from the 1930s to the 1970s has been collected assiduously by Patricia Phelps de Cisneros. A few pieces have been donated to New York’s MoMA but the majority remain in her collection. From this, with a few loans from MoMA, the current exhibition ‘Radical Geometry’ has been assembled. Much of the work on show does have a certain ‘geometrical’ character, hard-edged, rigorous, coolly composed. Here, as much as in the Russian Constructivism that influenced many of these artists, we see the origins the Op art that was to sweep across continents in the early 1960s, and its relation, Kinetic art....

Not a subscriber? Try Cassone free for a week using our CASSTRY voucher code - see our Registration page for details