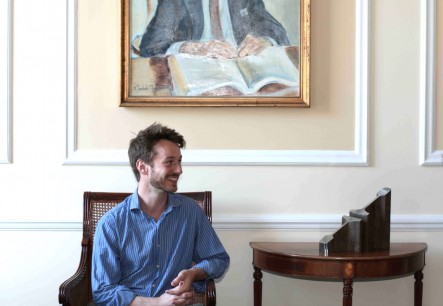 The Daiwa Anglo-Japanese Foundation has announced that Oliver Beer has been awarded the Daiwa Foundation Art Prize 2015. He was shortlisted for the prize alongside Julie Brook and Mikhail Karikis. All three artists are currently showing their video work in an exhibition at Daiwa Foundation Japan House, which runs until 17 July.

The Daiwa Foundation Art Prize offers a British artist a first solo show at a gallery in Tokyo, Japan. In addition to an exhibition, Oliver will be given a period of support and introductions to key individuals and organizations in the Japanese contemporary art world.

Oliver's main work in this show is a highly original video piece, entitled Reanimation - Snow White. Never before shown in the UK, this film loop is a kaleidoscopic assemblage of over 500 images, hand-coloured by French school children, reimagining a sequence from Walt Disney’s 1938 cartoon.

For more information on the work of Oliver Beer and the other shortlisted artists, see Cassone's Art News item of 2 June 2015