The rise of the Chinese art market 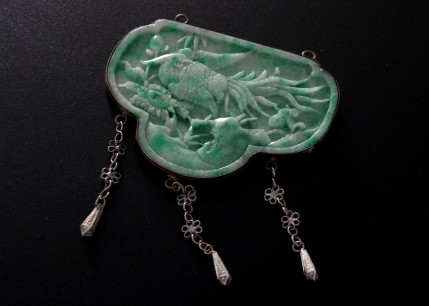 In New York this spring, Asia Week (18–26 March) generated press reports of ever-increasing prices, with very large purchases being made by Chinese buyers.

What is prompting this interest and activity? It doesn’t take much to intuit that a country experiencing enormous economic growth would have citizens wanting to repatriate culturally significant property, but perhaps there are other factors too.

As Liam Denning wrote in his article ‘Chinese Thirst for Art Could Be Satiated’ in the  Wall Street Journal  in March, for the period 1999–2010 there has been a 300% increase in the Mei Moses Traditional Chinese Works of Art Index, which tracks repeat sales of more than 1400 artworks in a variety of media. Denning attributes this to speculators in China who have abandoned the property market and are putting their money in art and antiques instead. He says that most of the rise in the index occurred after 2008 when the Chinese government’s stimulus package was introduced to hold off a recession. Now that the government plan has been successful, liquidity has been substantially reduced and prices may have reached a peak, for the moment.

This suggests that prices may be artificially high: speculators who have bid them up are unable to liquidate their holdings. Additionally, one can imagine that there has been a profusion of private sales, which do not show up in the Mei Moses Art Index or other public records. Another source in the trade, who did not wish to be identified, indicated that the estimates the daily billion-dollar cash outflow from the legitimate global economy through illegal gambling and the drug trade can return to the economy, potentially and in part, through the art market (a form of ‘money laundering’). This is not to suggest that it is a phenomenon particular to the Chinese art market, but one could infer its possible impact on prices.

China maintains control of the export of cash, and has instituted excise taxes that affect the ability of citizens to make purchases outside the Mainland. As these controls and taxes do not exist in Hong Kong and Singapore, they have become gateways for those interested in acquiring art. In this way art dealers and American Express, who can independently verify the parties to a transaction, provide a degree of surety that has enabled them to corner the upper segment of the market. Conversely, using a facility such as Western Union to effect financial transactions, where there is no system of identity verification, requires a significant leap of faith for the buyers, keeping the transactional values lower, but still providing some access to the marketplace for those who are willing to take the risk. When these purchases become aggregated, they can have a significant impact on the lower end of the market.

As the market has heated up, the question of authenticity has become dominant. There are any number of jade-related websites that discuss and demonstrate the technique for traditional treadle carving, the dating of objects by motif, and the importance of verifiable provenance, to name just a few. While educational in intent, they provide a virtual instruction manual to those who want to profit illicitly from the rise in prices and the competitive nature of this market.  There are now websites that offer items marked as ‘tribute’ goods, which are made using the traditional methods. These are not regarded as ‘knock offs’ per se, but are sometimes marked in an ambiguous manner. How does one tell the difference and how to proceed?

I turned to some recognized dealers for their thoughts.

The London-based dealer Michael Backman (www.michaelbackmanltd.com), when asked how he sources his stock, commented:

We buy almost all our items from within the UK. The UK remains one of the world's best sources of Asian antiques on account of its extensive colonial past. Many such items have been in the UK for many decades, sometimes much longer, and were brought back by colonial administrators and the like. Such provenance helps to avoid fakes, reproduction pieces, and pieces that have been heavily modified or restored. Many items available in Asia today have questionable provenance, excessive restoration or are reproduction pieces. Also, the UK was wealthy early on and imported many art-related goods from its colonies, which were retailed in London and elsewhere. Many of these items came to the UK over 100 years ago, they were new when they arrived and in most cases have been well maintained since. Ironically the UK, particularly, is a better source of antiques, with good provenance, from Asia, Africa and the Middle East than are most countries in these regions today.

as the more traditional areas of Chinese interest – jade, porcelain, etc. – have become so expensive, demand from mainland Chinese buyers has shifted to other entirely new areas, such as Chinese export silver. An interesting aspect of this is that many pieces were not produced in China at all but by Chinese communities in Bangkok, Singapore and Vietnam. Many such items have Chinese shop marks and so it is assumed that they are Chinese export when in fact they have nothing to do with China itself.

In Canada, Susan Dods and photographer Bob Birt (http://www.rpbirt.com) publish the PhotoBlog  PrivateCollection  (www.susandods.com). Ms Dods is a veteran antique jewellery dealer and collector whose attention turned to the Chinese silver ornament market ten years ago when she was dealing in high-end Mexican silver. She started to come across silver jewellery that bore the same markings as the Mexican pieces with which she is familiar. These pieces were clearly something different and a new area of business and scholarship resulted.

Ms Dods explained that as the interest in antique Chinese jewellery has increased, what was previously deemed of little value is now appreciated for the quality of its craftsmanship and relative price accessibility. As she points out, despite the poor quality of resources and materials available in China 100 to 150 years ago, this did not determine the quality of the workmanship, which she says is characteristic of the Chinese point of view.

The Chinese have been making silver ornaments since 2000 BC and it is a tradition handed down from father to son. During the time of the Qing dynasty (1644–1911) the Chinese were reputed to be the best silversmiths in Asia. In the 19th century their work was imported to the United States and retailed by Tiffany & Co.  When Imperial rule ended in 1911, the hatred of the Mandarins and the wish to be free of the associated court goods fostered the wholesale export, sale and division of court necklaces, jewellery, textiles, artwork and other items to Western markets. Others were reworked into designs that would appeal to Western tastes.

In the 1970s the Communist government required citizens, as an act of patriotism, to surrender all silver ornaments, which were then sold to Western buyers by the kilo. These funds were possibly used to finance many of the ‘modernization’ projects undertaken by the government. The ornaments were treated as a commodity, without regard to artistic value, which can explain the rather random appearance of stunning.

The New York based dealer Robyn Turner (http://www.asianart.com/robynturner/) said she is seeing a dearth of quality material at the top end of the jade market. Ms Turner has been a dealer in Asian art for 35 years and concentrates on jade carvings after the Han period (206 BC–220 CE). She feels that the younger generation in China will want to pursue art of their own time and will ultimately become less interested in historical cultural property. While the growth in the contemporary Asian art market has been much discussed, the flight to new sectors and away from traditional ones is in accord with what Liam Denning proposed, although for a different reason than that given by Ms Turner.

Another factor to consider is the price of silver itself. On 1 April 2011, in the spot market, it closed at $37.77. A year ago it closed at $17.91 and in April 2009, it was trading in the $12 or $13 US dollar range. The historic multiple between gold and silver prices has varied dramatically over the past two centuries, with the adoption and then abandonment of the gold standard and significant world political and economic events all playing important roles. It is not clear if historic ratios will be useful predictors of future price levels. This is not to suggest that the material an object is made from is the dominant factor in its valuation by the marketplace, but it is one that cannot be overlooked.

Taken together, these factors and influences, as well as the various points of view of the participants interviewed for this article, describe the dynamic nature of an active and healthy market. I’ve heard it said in financial circles that ‘the trend is your friend’. We shall see!