The entertaining history of our planet 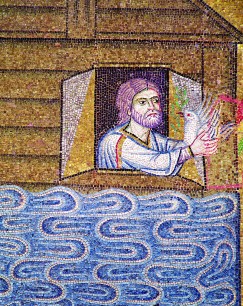 A Little History of the World

One day this book will become as familiar and as popular as The Story of Art. In 1936 it was written as a children’s introduction to world history but over time it has become rather more. The two main reasons for this are the author’s achievement as a writer and Yale’s as a publisher.

The book is remarkable as an introduction to world history. Its style is unique. Many  reviews of the original English edition of the Little History concerned themselves with Ernst’s grandfatherly mode of address as well as the content of his history. In fact, when Ernst first published his Weltgeschichte (World History) in 1936 he was not a grandfather but a young graduate earning a crust as a writer. His self-imposed task was to appeal to young readers’ imaginations to find history worth exploring.

As a young graduate he would have been mindful of the difference between the kind of history written by traditional scholars and that written by cultural historians. The first was dominated by concrete facts and the second by subjective constructions from a wide variety of historical sources, as epitomized in the work of the great Swiss historian, Jacob Burckhardt. The Little History is no dry collection of data. It presents a picture of historical events and tries to make it persuasive through appealing to the reader’s subjective responses.

It opens with an invitation to stand in a hall of mirrors or peer into a bottomless well. It invokes thought about objects and people’s activities, their behaviour, beliefs and motivations, with digressions explaining world-changing ideas. It is a thoroughly entertaining exercise in the art of storytelling. Its most instructive chapter is the last, covering Gombrich’s lifetime. Besides updating his account from the end of the First World War, he corrects two critical judgements that he made in 1936: the first concerns the ending of that war, the second the impact of the Enlightenment and its turn from brutality to Reason.

In 1936, believing German propaganda, he accused President Woodrow Wilson of failing to keep his word regarding the peace settlement. The Germans and their allies had actually ignored Wilson’s offer and continued the war for another year. Secondly, his belief in human progress towards civilized behaviour had been undermined by the atrocities of the Second World War. He vividly demonstrates that the writer of history is part of history itself.

Back in 1936, Gombrich had reservations about using art to engage with the history of the past. Nevertheless, young readers would be bored by a history book without pictures, thus his text was illustrated with drawings to capture moments from the past. The illustrator, Franz Katzer, pictured, for example, the Emperor Justinian with his bride Theodora standing on their palace’s terrace receiving an embassy. The text refers to the splendour of Justinian’s court, the fact that Theodora had been a circus dancer, and imagined them both in their heavy robes of jewel-encrusted silk, with ‘great ropes of gold and pearls around their necks, which must have made a tremendous swishing and jangling when they moved’. What a sight! Dumont’s 1985 edition retained the original illustrations but Yale’s first English translation in 2005 disposed of the original illustrations, substituting new ones by the English illustrator Clifford Harper.

Harper’s illustrations hardly have the childish appeal of Katzer’s. Steve Kent, at Yale, told me that ‘As the book was written in the mid thirties I thought illustrations in the style of the English wood engravers of the inter-war period would best suit the narrative style of the book. The artists I had in mind were people like Clare Leighton, Gertrude Hermes, Gwen Raverat, Edward Bawden and all the others who continue to influence contemporary printmakers. Clifford Harper's illustrations are very much in this tradition. I felt the book needed to look a little old-fashioned but not be illustrated in a pastiche of the 1930s but in the natural style of a contemporary illustrator. Clifford was perfect in this respect.’ These illustrations appeared at the head of each chapter rather than in the text, creating a design image for the book but not adding to the story line of its text.

The new Yale edition of 2010 is in an entirely different league. Still beautifully designed, in an even larger format, it contains photographs of unintended monuments of human civilization. It offers the young reader a virtual museum that may be enjoyed by the adult as well. Coincidentally, it returns us to the Vienna of 1936 in which, released from the tedium of school, Ernst enjoyed the delights of reading and visiting museums. This time the reader is led to regard the artefacts in a new light, as a treasure house for the mind.

One should pay tribute to the book’s two picture researchers, Stephen Kent and Julia Brown. When Ernst worked on The Story of Art with its publisher, Bela Horovitz, the pair devoted an enormous amount of thought to its illustrations. It was a matter of selection and location: the illustrations had to work with the text and in this regard the Little History represents the same happy achievement as the original Story of Art.They can now sit next to each other in perfect harmony.

BUY A Little History of the World FROM AMAZON

BUY The Essential Gombrich FROM AMAZON