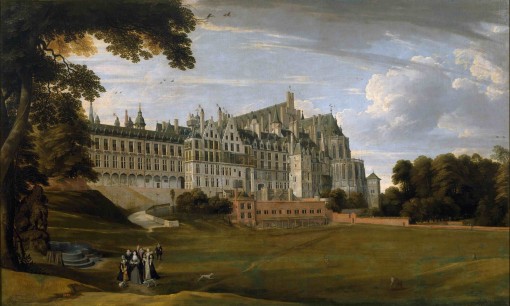 Isabel Clara Eugenia: Female Sovereignty in the Courts of Madrid and Brussels

A richly illustrated book does not equate to an art book.  When the subject of the book, however, sat frequently as the subject for court portraits in her native Spain as well as her adopted Flanders, then her likeness inherently holds great interest for art historians as well as political or social historians.  Isabel Clara Eugenia (1566–1633), who patronized Rubens after she emerged from the art-saturated court of her father, King Philip II of Spain, thus offers a rich, yet curiously understudied subject.  This book, however, remains primarily a work of history proper.

Cordula Wyhe, lecturer in History of Art at the University of York in England, brings her expertise in Rubens and the Spanish Netherlands to bear in assembling a wide-ranging set of essays by scholars from Belgium and Spain.  Her volume fits into a valuable series about the Spanish ruling family, before an announced forthcoming title on her consort in Flanders, Archduke Albert, by Luc Duerloo, who previously collaborated on a 1998 exhibition about Albert and Isabella and contributes an essay on the ruling pair to this volume.  This anthology also complements other recent studies of Habsburg female regents, notably Dagmar Eichberger on Margaret of Austria (d. 1530; 2005), a century earlier in Flanders.

Particularly valuable is Wyhe's own essay on the images of the young Infanta by leading portraitists at the Spanish court, especially Alonso Sánchez Coello, who have rarely been examined closely, especially in English.  Her study complements a study by Martinez Hernández on the increasing status of Isabel Clara Eugenia in the court.

Quite a few of the essays, by contrast, offer insider history about such topics as marriage negotiations on behalf of the princess (Elisa Garcia Prieto) or about her personal possessions and pastimes (Almudean Pérez de Tudela).  Jaime Olmedo considers her image in contemporary literary references.  Duerloo's discussion of the regent couple of the Spanish Netherlands is enriched by details about their respective households (Dries Raeymaekers and Birgit Houben) and contacts with the Duke of Lerma back in Madrid (Magdalenea Sánchez). Local political events are covered by Werner Thomas and Paul Arblaster, church politics by René Vermeir and Joris Snaet.  A final assessment of the Infanta's heritage and legacy is offered by Alicia Esteban Estrínga.  Although they do belong in such a volume and also include useful images, only the deeply curious will follow these studies closely.

The star artist of Isabella's Flemish entourage, of course, remains Peter Paul Rubens, so art historians will attend mostly closely to the useful essay by Michael Auwers. Of course, no essay can offer completeness for so prolific an artist, but the essay emphasizes Rubens's political role, chiefly as a diplomat in wartime negotiations.  Even the huge tapestry cycle of the Triumph of the Eucharist, commissioned from Rubens by the Archduchess for her retirement into the Madrid convent of the Descalzas Reales, makes no appearance here.  Moreover, the figure of Jan Brueghel, who painted the ducal couple visiting Flemish village festivals and also collaborated with Rubens on works that they sponsored, remains largely an absent figure, so the interested student will have to seek such material elsewhere, such as within the essays in Duerloo's 1998 catalogue.  This is not an art patronage study.

In the final analysis, then, this volume remains chiefly a political and social history, punctuated by illustrative materials and enhanced by, but not engaged with, visual art in any essential way.  Yet the importance of this female regent to both her youthful centre in Spain and her adopted Flanders makes this book a valuable addition to court art between the 16th and 17th centuries.