The ‘spy’ who became an art collector 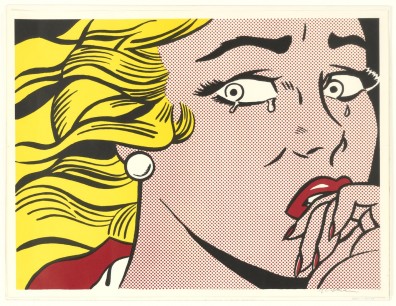 Get There First, Decide Promptly: The Richard Brown Baker Collection of Postwar Art

Celebrated as ‘a collector’s collector’ when he died in 2002, Richard Brown Baker was known as a supporter of emerging artists for more than 50 years, often going into debt in the process. Born into an established Rhodes Island family, Baker was the beneficiary of an excellent private education. After graduating from Yale University in 1935 with a degree in English literature, he studied international affairs at Oxford University as a Rhodes Scholar.

This led to a peripatetic career in the foreign service, with a brief stint as an attaché for the United States ambassador in Madrid, in 1940, as well as subsequent work for the Office of Strategic Studies and, later, the Central Intelligence Agency.  Had he followed this trajectory, he might well have played a quite different role in the post-war history of his country. But he had not given up his earlier ambition to become a writer, and in 1952 family money allowed him to settle in New York, where he shortly transferred his passion to collecting and keeping a journal.

Often in debt, Baker collected what he liked and what he could afford. This included Hans Hofmann, Ad Reinhardt, Jackson Pollock, Jean Dubuffet, Franz Kline, and Louise Nevelson, as well as Robert Rauschenberg and Jasper Johns, before their prices skyrocketed. In the early 1960s, he turned his attention to Roy Lichtenstein, James Rosenquist, Robert Indiana, Jim Dine, and Peter Saul. Controversial purchases at the time, they hardly seemed to be the kind of artists who might go the distance and find a place in the history books. Lichtenstein achieved that status relatively quickly; Indiana and Saul are still undervalued and insufficiently known, even though both are still working.

It helped that some of the most ambitious art dealers of the age ­– Charles Alan, Richard Bellamy, Leo Castelli, Ivan Karp, and Allan Frumkin – were willing to extend credit to Baker.  A sage move, it allowed them to place their artists in an interesting and important collection that might inspire others to make similar purchases. This pattern of buying abstract and figurative art continued well into the 1990s, though the collection remains best known for its mid-century art.

This substantial collection of post-war European and American art is now divided between the Rhode Island School of Design and the Yale University Art Gallery. This lavish catalogue documents his superb collection, ensures him a place in the annals of American art history, and provides a fitting public memorial to a man who often shunned the limelight.

The catalogue contains a thorough biography, by Jennifer Farrell, as well as essays by Serge Guilbaut, Tom Crow, and others, that track Baker’s collecting decade by decade. Additionally, the catalogue provides biographical entries on the principal artists in the collection. Together, these sections provide a concise introduction to the art, collecting, and market that made New York such a vital cultural centre in the second half of the 20th century. When combined with extensive excerpts from Baker’s journals, they open up a highly personal, and much welcome, perspective on the art and culture of these years.

BUY Get There First FROM AMAZON