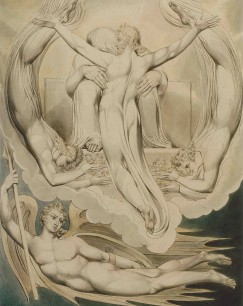 Tom Lubbock was a rather quirky yet highly respected writer, broadcaster and illustrator, and chief art critic for the Independent newspaper from 1997 until his death from a brain tumour in 2011. English Graphic is a collection of some of his best writing on art. The book’s span is broad and presents of galaxy of British artefacts: mediaeval maps, 18th-century caricatures, modern screenprints, Elizabethan miniatures, folk art and stained glass windows.

English Graphiccontains 40 illustrated essays, most around three pages in length, and if the maker of the artwork is known, a profile is given in the form of a coda. Most are from Lubbock’s weekly column and reviews for the Independent, others are previously unpublished pieces plus an exhibition catalogue essay. The essays are arranged chronologically according to the date of the artwork. Yet they often overlap and a number of themes connect them, such as the relationship between image and text, as in a frontispiece; the notion of boundaries or contours in art; and the inherent instability of images: for example, Bridget Riley’s protean Op art of the 1960s and how, with human perception, one thing can become another.

The focus is on drawing, prints and watercolours, and at the heart of the collection are Lubbock’s musings on four major British artists of the 18th and early 19th centuries who excelled in these graphic media. They are the visionary poet William Blake; his follower the pastoral landscapist Samuel Palmer; Henry Fuseli, a Swiss émigré and master of gothic horror; and the engraver Thomas Bewick, famed for his vignettes or ‘little spells’ as Lubbock calls them. In these longer pieces Lubbock develops his interpretations and insights. ‘Blake Shapes’ looks at how Blake depicted and used the human form, in particular how he mixed bodies and script in his art. His fluid figures curl or swarm around words ‘like an otter or a tadpole’ Lubbock writes – a delightful simile.

Lubbock is an eloquent and erudite writer who eschews art-speak, and is by turns playful and serious, humorous and critical, tangential and direct. He often throws poetry into the mix to illuminate artworks and shifts from the macro to the micro. For instance, he moves from the London Underground diagram to an illustration by the scientist Robert Hooke of a flea made monstrous by being seen through a microscope. Lubbock’s prose can be very precise and analytical when required. Here he is on an 18th-century anti-slavery poster featuring a cross-section of a packed slave ship: ‘In abstract visual terms, the diagram shows a number of distinct units, concentrated at maximum density, and held inside a simple containing shape. Translated into human terms: a nightmare’.

Another appealing aspect is Lubbock’s impish waywardness and ability to make surprising connections between disparate artefacts; again, the theme appears of how one thing can suggest another as well as making us view things in unexpected ways. A sinuous Bronze Age white horse cut into the chalk of an Oxfordshire hillside is compared to the curvilinear paper-cuts of Henri Matisse, while anatomical drawings of the various positions a vigorous foetus can attain are seen to have affinities with Michelangelo’s ‘mighty nudes’ in the Sistine Chapel. Not very art historical but thought provoking all the same.

With its engaging essays, introduction by the poet Jamie McKendrick which elucidates and draws together the book’s many threads, quality single page illustrations and comfortable size, English Graphic is made for dipping into and a little gem. It is the perfect bedtime book for art lovers; be they laypersons or cognoscenti, especially those interested in British art of the 18th century. It is also a fine memorial to a writer whose career was tragically cut short.