Manet, the painter of modern life 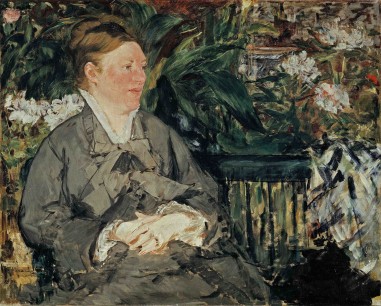 Surprisingly, there has never been a UK major retrospective of portraits by the French painter Édouard Manet (1832–83). That omission has been rectified by the Royal Academy of Arts in its exhibition ‘Manet: Portraying Life’ (on until 14 April, 2013).  Over 50 works created by Manet during a 20-year period have been chosen, focusing on his life through portraiture and the sitters he chose to portray. Many of the paintings on display were never exhibited during Manet’s lifetime.

Édouard Manet was born in Paris into the comfortable life of an upper-middle class family – his father, Auguste (1797–1862) being a senior civil servant, his mother, Eugénie-Désirée (1811-95) the daughter of a diplomat. Manet is acclaimed for capturing on canvas the essence of Parisian ‘modern life’ in the second half of 19th century. He was an undeniable part of that modernity, aflâneur, 'man about town', mixing with an exclusive circle of friends and colleagues that included Theodore Duret, art critic and journalist and one of Manet's first advocates; and Emile Zola and Stéphane Mallarmé. The painter came to public recognition for his key paintings Olympia, 1863, and Le déjeuner sur l'herbe, 1863, both featuring a naked woman in contemporary surroundings, both rejected by the Salons of 1863 and 1865, and both inspiring severe criticism from the art establishment and the public.

The current exhibition’s curator, MaryAnne Stevens, assisted by Sarah Lea, has arranged the artworks thematically. The scene is set with a large reproduction of Henri Fantin-Latour's Atelier in Les Batignolles, 1870, which portrays Manet at his easel, paintbrush in hand, painting a portrait of his friend Zacharie Astrue. Surrounding Manet is a group of artists, writers, admirers and supporters. The painting transports the viewer directly into Manet's world, with him at the heart of fashionable society. And from this starting point the exhibition begins with an intimate look at the ‘Artist and his Family'. It includes two of the three self-portraits on display. Only four self-portraits are known. We are introduced to his parents inPortrait of M. and Mme Auguste Manet, 1860. Manet's former piano tutor Suzanne Leenhoff, whom he married in 1863, is pictured playing the piano; sitting in the conservatory; and in conversation with Léon-Édouard, her illegitimate son often referred to as Manet’s ‘godson'. His portraits of Léon growing up are a cross between portrait and genre painting, in Blowing Bubbles, 1867, The Luncheon, 1868, and The Velocipede, 1871.

Room 2 is reserved solely for the outdoor public setting of Music in the Tuileries Gardens, 1862. Modern Paris comes to life here where, amongst strangers, Manet's friends and family mingle and chat, gathered together under the trees to enjoy the event: to see and to be seen. The painting was created in Manet’s studio at 81 Rue Goyot, Paris, with carte-de-visites photographs most probably used to capture the likenesses of many of the sitters. Fishing, 1862–3 (in Room 1), is considered a pendant to this painting, with its mixture of local landscape entwined with Old Master references.

From here we are transported to 'Manet's World' and walls are covered with large-scale maps of Paris and its environs, to explore where Manet lived and had his studios. The addition of café-style wooden tables and chairs in this part of the gallery tempts visitors to sit down to read the catalogues, books and other literature on Manet, or to watch a video of images taken from Manet’s photo albums.  The exhibition focuses in detail on portraits of Manet's cultural circle: the artists, poets, critics, writers, and actors, who would meet at the Manets' Tuesday and Thursday soirées at home, or in the cafés he frequented. Attention is drawn to the 'Status' portraits, most notably the stunning Portrait of Antonin Proust, 1880, which exudes 'power, wealth, position and breeding'.

Through Manet's paintings we move through Paris in the 1860s–80s. Portraits of his sitters are portraits of their everyday lives, and the perception of those lives through Manet’s eyes. Emile Zola, 1868, includes Zola's 'pinboard' copy of Olympia, 1863; Portrait of Zacharie Astruc, 1866, includes a modern-day reference to Titian's Venus of Urbino, 1538. The tender portraits of Mme Suzanne Manet urge a comparison to his glamorous portraits of the painter Berthe Morisot, particularly Berthe Morisot with a Bouquet of Violets, 1872. The exhibition concludes with a study of Manet's most famous professional model, the painter Victorine Meurant (1844-1927). From 1862–73 she posed for seven of his major works. Here, Street Singer, 1862 and The Railway, 1873, significantly reveal Manet's ability to portray modern life.

‘Manet: Portraying Life’ has been organized by the Royal Academy of Arts, London, in collaboration with the Toledo Museum of Art, Ohio. The exhibition has been curated by MaryAnne Stevens, Director of Academic Affairs, Royal Academy of Arts and Dr Lawrence W. Nichols, William Hutton Senior Curator, European and American Painting and Sculpture before 1900, Toledo Museum of Art, Ohio.