Caillebotte – an Impressionist by association 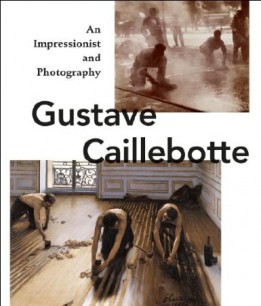 Caillebotte, patron of the Impressionists, was himself an avant-garde artist whose engagement with photography distinguishes his paintings

Gustave Caillebotte(1848–94) was a French painter whom art historians tend to place with theImpressionists. In fact he was an Impressionist by association rather than artistic approach, method or outlook. His style is more a type of loose realism, which retains a degree of contemporary academic formality. But Caillebotte was looking ahead: his work is heavily influenced by early photography, and his awareness of its potential to change the way we see the world.

Caillebotte was born into a wealthy Parisian family, and a private income (derived from a family textile business) enabled him to indulge whatever interests he wished. Like many rich young men he spent some years wondering what he wanted to do with his life. Unlike so many others, however, he was never idle – indeed, quite the opposite. He took two degrees in law, spent a compulsory spell in the army, and then started to study at the establishment École des Beaux-Arts, famous (and notorious) for its formal academic traditions. He appears to have stayed only a short time, deciding to develop his own, idiosyncratic, artistic path.

What strikes anyone about Caillebotte’s work is just how heavily it is influenced by the (then) new medium of photography. HIs viewpoints are completely novel to painting: he looks down from balconies to paint the heads of people walking beneath; a dog veers into the bottom corner of a composition as if by accident; he shows distant views beyond the backs of people standing just in front of him. Contemporaries commented on this dramatic novelty, with both admiration and puzzlement. This book examines the relationship between Caillebotte’s paintings and the development of photography, juxtaposing images from Caillebotte’s work with contemporary photographs of the same or similar scenes.

Caillebotte’s relationship to Impressionist painting rather parallels that of Degas, for he was never quite part of the group artistically, and his work always showed an influence of French realist predecessors such as Courbet and Millet. Nonetheless, although he never embraced the methods or style of the Impressionists, he was seriously interested in their experimental art. They in turn welcomed him to their circle, and he responded by giving them very practical encouragement, organizing exhibitions and assisting them financially. And as they had strong views about art, he had his quarrels with them too.

Caillebotte was fascinated by the new Paris, with its railways and metal bridges. The city was transformed during his lifetime, but he had little regret as grand boulevards replaced the narrow mediaeval streets. And oddly, considering his elegant lifestyle, he was interested in depicting physical labour. His painting showing the hard sweat of men planing a floor, The Floor-Scrapers (1875), was considered by some to be an unsuitable subject (and rejected by the 1875 Salon). Rather more predictably, he also painted bourgeois interiors. He showed an interest in clothing, whether worn by men-about-town or the poorest labourers.

Despite Caillebotte’s considerable output of paintings in a life of just 45 years, art was only one of his many interests. From his mid-30s he devoted more time to competitive sailing, designing boats and organizing regattas. In his last few years he lived increasingly in the country. He became semi-reclusive but was still busy, with horticulture and stamp collecting.

It is interesting to speculate what Caillebotte might have achieved, had he been more single-minded in his dedication to painting, and had he lived longer. The Impressionists were devastated by the death of their fellow-painter and supporter. Monet wrote a few years later that:

If he had lived instead of dying prematurely, he would have benefited from the same turn of fortune as us, because he was full of talent … as naturally gifted as he was conscientious, and when we lost him he was still at the beginning of his career.

Caillebotte bequeathed his collection of about 60 paintings to the French government, stipulating that they should be exhibited publicly (to prevent their being hidden away because of their modernity). After some negotiation by Renoir, his executor, the French state finally accepted 40 paintings and installed them in the Musée du Luxembourg. In 1929 they were transferred to the Louvre. It was only when tastes changed in the latter half of the 20th century that Caillebotte began to be fully appreciated as a painter, rather than as simply a patron. Today, many of the highlights of the Musée d’Orsay are from his bequest.

Various writers have contributed chapters to this detailed examination of Caillebotte’s work as a painter, and the influence of photography on its development. It will be of interest to historians of both photography, of course, and of Caillebotte and his circle. It has been produced to accompany an exhibition of the same title at the Shirn Kunsthalle, Frantfurt (18 October 2012 to 20 January 2013).