What was the artist up to? 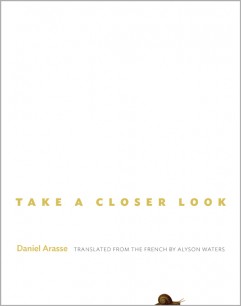 What would you hang in a high-class courtesan’s bedroom? This is ‘a deeply engaging book and fun to read’ says Richard Woodfield

This is a deeply engaging book and fun to read:  not for complete beginners, just about to set out on a study of art history, nor is it for the casual museum visitor. The best time to read it would be at the end of the first year of study of academic art history, after some acclimatisation to its literature and modes of argument. It is addressed at an imagined interlocutor and in the process of reading one begins to assume that persona. The author challenges the reader to engage in a voyage of discovery. It is not a textbook on method but instead sets out to undermine commonplace assumptions that are the product of routine thought.

Conventional art history books use images to illustrate the author’s statements and it is not often that one is enjoined to take another look at an image. The question is, what is Arasse looking at? Or, better, what is he looking for? He is not employing a method as that would constrain his search. His approach cannot be pigeon-holed as formalist, iconographic, gender-based, contextual or anything else. His primary question is ‘What was the artist up to?’ and he adopts a variety of means to answer it.

The first is by Tintoretto and has the title Mars and Venus Surprised by Vulcan.  Well, clearly Mars has been surprised by Vulcan’s visit as he is hiding under a table. But what is Vulcan up to? He is not taking any notice of the dog barking at Mars but he is lusting after Venus, as we can tell from the image in the mirror that reflects his next movement. Knee up on the bed, he is about to leap on her. In a preparatory drawing, Mars, Cupid and the dog are absent and Vulcan is about to have his way, with his wife, Venus. Do we need a text to read the image? Who would enjoy looking at it? Does it, or should it, have a moral? We don’t know. But Arasse hazards the guess that it would be quite suitable for a high-class courtesan’s bedroom. Not all interpretations have to conform to conventional social expectations.

Then he turns to Francesco del Cossa’s The Annunciation. What on earth is the snail doing at the bottom of the picture and isn’t it odd that God, Himself, echoes the shape of the snail? Is there some sort of symbolic relationship between the two? And what has the snail to do with the Annunciation? But as Arasse observes, the snail is not in the picture, it is at the picture’s edge thus connecting to other pictures that conspicuously display their pictorial skills. Is this art for art’s sake? Well, that would be anachronistic. Hasn’t the image much more to do with the creation of an imaginary world that is both outside and inside the observer’s reality? The image is not about itself but it does foreground its illusionistic status.

Individual chapters follow on Bruegel’s The Adoration of the Magi; reflections on Mary Magdalen’s hair (‘without her hair there would be no Mary Magdalen’), an unillustrated essay examining her identity; and Titian’s The Venus of Urbino, is it ‘just a pin-up’ or is there more to find in the picture? Finally Velázquez’s Las Meninas: can there be more to say about it? Arasse answers with a resounding ‘Yes!’ and his argument is convincing.

The strategy is to foreground commonplace assumptions about the selected paintings or, in Mary Magdalen’s case, images and then to chisel away at analysis by constant return to the painting/image with exclamation, argument and counterargument. There is a definite buzz about the writing. It is not encumbered by footnotes, except for the nine added by the translator. Three of those explain French puns and the rest are redundant. Arasse’s text alludes to what ‘we’ all know about the pictures through the literature about them but is relatively unconcerned with the multiplicity of facts, information and interpretations that have accumulated around them. At the same time as being sophisticated the book doesn’t assume a sophisticated reader but just the kind of reader that enjoys the cut and thrust of debate: the kind of reader who might wonder what the snail is doing at the bottom of the book’s cover.