Jeff Koons: the larger-than-life artist and showman we deserve? 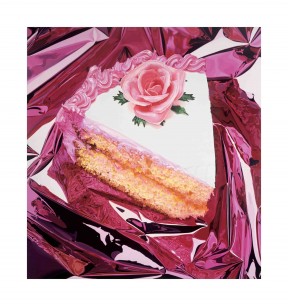 If, like so much of our age, Jeff Koons’ work is all surface and no spirit, Tom Huhn wonders: ‘what is it the surface of?’

The art of Jeff Koons provokes a nearly Hegelian formula regarding the relationship of a historical moment to its symbolization as art: Every modern era gets the outsized, larger-than-life artist and showman it deserves.  Our moment, for better or worse, could not be more perfectly realized than it is by ‘Jeff Koons: A Retrospective’, the final exhibition at the Whitney Museum of American Art’s Madison Avenue location, which surveys four decades with 150 works.  When the exhibition ends on 19 October, The Metropolitan Museum of Art takes possession of the Marcel Breuer building while the Koons show travels on to the Centre Pompidou, Paris and the Guggenheim Bilbao.  The Whitney is to reopen in 2015 in a building currently under construction in Manhattan’s Meatpacking district.

Koons’ genius, if you will, lies in the very particular combination of flat affect and exuberant surface.  This combination is located promiscuously in the works themselves, in the personality of Koons, and is to be found even between Koons and each of his works.   No doubt Koons picks up the flat affect from Andy Warhol,  the artist  with whom he is most often linked, but this linkage obscures the fact that Koons appropriates nearly as much from the strategies of Minimalist art and Conceptualism, especially the former’s successful ‘emptying out’ of the seeming interiority of sculpture as well as its fetishization of surface.

Koons’ success can thus be seen as the result of very clever repurposing and resurrecting of key elements of some of the most powerful art of the 1960s and 70s: Pop, Minimalism, and Conceptualism.  One of the best examples of this is Play-Doh, a new work that exists as a monumentally sized pile of multicoloured chunks of what appears, uncannily, to be made of the actual substance.  Here we can’t help but feel the Pop joy of recognition of the everyday object – or in this case substance – made into a monument to its own entirely recognizable surface.  The pleasure we take in this expansion of our own capacity for sensuous recognition is almost too alluring; on a day I visited the exhibition the security guards had closed off a couple of the galleries because too many patrons were touching the sculptures.

And it’s just here, in regard to this allure of surface, where Koons departs from Warhol.  Warhol famously explained that the beauty of certain everyday consumer items lay in the fact that everyone gets the same bottle of Coke or can of Campbell’s Soup.  We might call this the egalitarianism of consumerism.  But Koons instead makes everyday items precious, both figuratively and literally.  Consider the precise allure of the series of sculptures based on inflatable pool toys.  There’s nothing to covet about such objects, indeed they are nearly disposable after being used a few times.  Yet Koons transforms their surfaces into something akin to a precious object: these surfaces are a kind of trompe l’oeil but of the tactile rather than the visual.  Make no mistake, these luxury items demand that we touch them in order to feel – to have – the feeling of luxury, which is to say, the feeling of having them.

This, again, is the reverse of Pop, for Koons’ emphasis is on what had been but a small feature of Pop: the transformation of the everyday consumer item by means of the magic of focused aesthetic attention.  In Koons this becomes instead the magical transformation that focused capital(ism) can bring.   Nearly any item – Koons’ appropriation of the Duchampian readymade – can be elevated, not merely to the plateau of sustained conscious attention (and this elevation has its own bit of magic about it, let’s call it the magic of how consciousness can sometimes transform things), but more significantly, raised to the highest level of luxury value.

It’s this frisson between luxury good and artwork, between the everyday and the precious, between what human beings are and what transcends us, that makes this retrospective on Koons such an important historical and art historical occasion. Yet so too should it be acknowledged that Koons’ work also reverts to what the philosopher Hegel called the lowest or earliest form of artistic production: symbolic art, which for Hegel was best exemplified by the art of the ancient Egyptians.  In this light, Koons’ work is then also a kind of symbolic monument, perhaps not unlike the pyramids.  But rather than symbolic art, at least as Hegel had it, that came to be made in order to acknowledge and celebrate the quite recent discovery of spirit within human beings…the spirit in Koons’ works has instead been given over to the magic of the object and in particular, to its surface alone.

Hegel thought symbolic art was the beginning of the acknowledgement by human beings that we have an interior, a soul we might say – the artwork being an object with spirit and hence an allegory of the human – whereas Koons’ work is all surface.  And yet (perhaps this is the best testament to the unresolved nature of his works) one wants to ask: what is it the surface of?