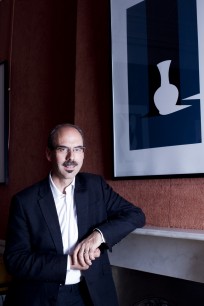 Art Fund Director Stephen Deuchar says: ‘It’s always seemed absurd that in the UK you have to wait until after death to get any tax reduction to give art to museums. We know many people could be nudged to donate great art in their lifetime if tax breaks were available. We’re pleased the government has listened and look forward to helping shape the new scheme.’

The Government today launched its long-awaited consultation for a new tax scheme to encourage the donation of art and artefacts to the UK public. The Art Fund has long campaigned for new incentives to boost lifetime giving to museums and galleries and has worked closely with the Government on the proposed scheme.

The UK lags behind many other countries in the incentives offered for gifts of art. Individuals and many corporates in the USA, Canada, France, Australia and elsewhere are offered significant tax reductions to donate art and artefacts during their lifetime – but in the UK these are only currently available after death. The proposed scheme seeks to remedy this, as part of the Government’s broader philanthropy agenda. It is hoped that this new scheme will appeal to owners of objects and collections who want to see them placed in appropriate institutions during their lifetime, and to be accessible in perpetuity for others to enjoy.

The consultation will run until 21 September, and it is hoped the new scheme will be in place from next year.