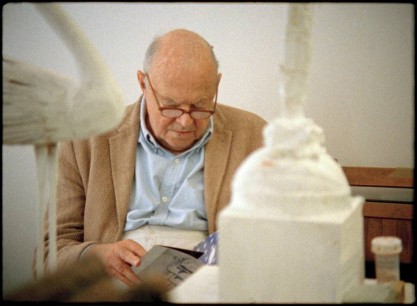 Everyone at Cassone has been sad to learn of the death on 5 July of the painter Cy Twombly, one of the most controversial artists of the 20th century. He was 83. His work has been described as ‘scribbles’, ‘graffiti-like’, and ‘calligraphic’ and was often related to his ideas about the Classical past. Despite a reputation for being somewhat elusive, Twombly had intended to visit the exhibition at London’s Dulwich Picture Gallery, ‘Twombly and Poussin: Arcadian Painters’. This exhibition relates his work to that of Poussin, another painter whose interest in antiquity was central to his work. Twombly was intimately involved in the organization of this exhibition, even though he was not able to visit Britain before his death.

‘Twombly and Poussin: Arcadian Painters’ will be reviewed in Cassone shortly