The art of the Olympics 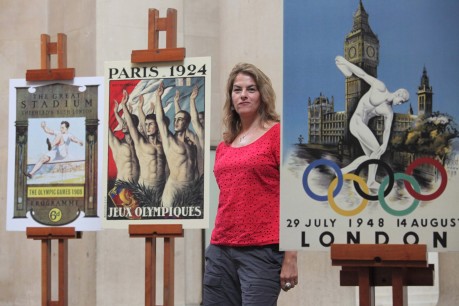 A number of well-known artists have been commissioned to create posters for the London Olympics. They range from Bridget Riley, one of Britain’s most distinguished painters, who made her name in the 1960s and recently had a show at London’s National Gallery, to young Leeds artist Anthea Hamilton, who started showing her work in 2001; from painter Howard Hodgkin, who created a poster for the 1984 winter Olympics in Sarajevo, to sculptor and Turner Prize winner, Rachel Whiteread. Others are conceptual artist Bob and Roberta Smith (pseudonym of Patrick Brill); Royal Academicians Michael Craig-Martin and Tracey Emin; 1998 Turner Prize winner Chris Ofili; Martin Creed, who (in)famously won the Turner Prize in 2001 with his exhibit of a room in which the lights went on and off at intervals; two artists who have been nominated for the Turner Prize but failed to get it: Fiona Banner and Gary Hume; and conceptual artist/filmmaker Sarah Morris. We wait to see what they will all produce but meanwhile it is good to see that part of the vast amount of money being spent on the Games is going to produce some art. Walking round art galleries is very good exercise – who needs sport?

Posters have always been a test of the graphic artist – the need to get across a possibly sophisticated message with few words and a powerful image. Some great examples have been produced over the course of the 20th century for London Transport – see our review of London Transport Posters: A Century of Art and Design. For those whowant to probe deeper into how posters communicate their messages, find out about Poetics of the Poster: The Rhetoric of Image-Text in this issue.