Isabel Nolan: A Hole into the Future 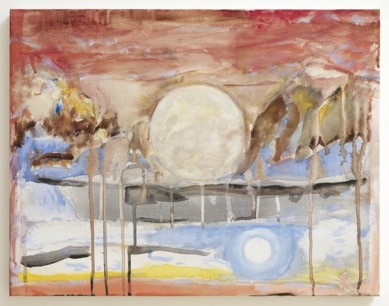 Dublin artist has shows in Ireland and France

The exhibition  features sculpture, paintings and drawings, and as part of this project The Model has also commissioned a new work by Isabel Nolan,  erected outside The Model building. This steel sculpture will be a on long term display in the grounds of The Model and will be unveiled at the opening.

This is Nolan’s first solo museum exhibition. Alongside the outdoor sculpture and the show is a new publication on the artist’s work from 2005 to the present. This book, Intimately Unrelated, was produced in collaboration with Le Musée d'Art Moderne de Saint-Étienne Métropole in France and includes essays on Nolan’s work with contributions from philosopher Graham Harman, critic, writer and academic Declan Long, Séamus Kealy and Isabel Nolan.

Nolan is a Dublin-based artist, and was one of a small number of artists who represented Ireland at the 2005 Venice Biennale, she has previously exhibited at the Irish Museum of Modern Art, Dublin, Beijing Art Museum of the Imperial City, De Appel and SMART, in Amsterdam, Artspace, Auckland, Le Musée d'Art Moderne de Saint-Étienne Métropole and she is represented by Kerlin Gallery, Dublin.

The exhibition will run until February 12 and will travel to Museé d’Art Moderne de Saint-Etienne in early 2012.

The Model would like to acknowledge the generous support of B. S. Ironworks, the Arts Council of Ireland, Culture Ireland, and the Sligo Local Authorities.