Art history in the pub 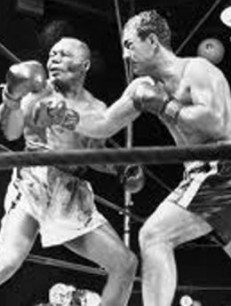 As part of the Association of Art Historians' commitment to bringing the best in cutting-edge art-historical research to a wider community, the next in the regular ‘Art History in the Pub’ series of talks, lectures and events will be held on 30 April.

The next speaker is  Professor Lynda Nead from Birkbeck, University of London, who has the honour of being the event's first professorial pub speaker! This talk will consider what it means to look at still photography of physical violence. It will focus on sports photography, which is a strangely and unjustifiably neglected area of the history of this medium. More specifically, it will examine a particular genre of boxing pictures, the head punch – the image taken at the moment when the gloved fist of a boxer makes contact with the opponent’s face. Features distorted by the force of the blow, the head recoiled with its weight and power, the image is both fascinating and repulsive.

Llynda Nead will argue that to understand the aesthetic of this genre of boxing image is to comprehend some of the most fundamental questions concerning the pleasures and horrors of visual representation. This is not simply a question of what is depicted in the image: it is also about the effect of the image on the viewer. The beauty and composition of the still combines with the dynamism, apprehension and thrill of the fight and its surrounding rituals to produce a spectator who can move through contemplation, fascination and obsession to an embodied response that mirrors the extreme physicality of boxing itself.

Lynda Nead is Pevsner Professor of History of Art in the Department of History of Art and Screen Media at Birkbeck College, University of London. She has published widely on the visual culture of nineteenth-century Britain and her books include: The Female Nude: Art, Obscenity and Sexuality (Routledge, 1992); Victorian Babylon: People, Streets and Images in Nineteenth-Century London (Yale University Press, 2000) and The Haunted Gallery: Painting, Photography, Film c.1900 (Yale University Press, 2008). She has a research interest in the visual culture of boxing and is also currently working on a book about British culture in the 1950s called The Tiger in the Smoke. She is a qualified ABAE boxing coach and coaches at the Peacock Gym in London.