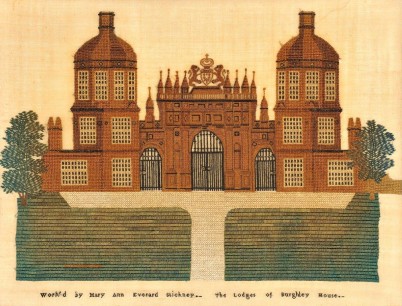 The first-ever Cotswold Art & Antique Dealers’ Association Fair (CADA) is being held in the elegant setting of Blenheim Palace, Woodstock, Oxfordshire OX20 1PP from Friday 20 to Sunday 22 April 2012.  This is also the very first antiques and fine art fair to be held at Blenheim Palace, home to the 11th Duke and Duchess of Marlborough.

This is an antiques fair with a difference – the Cotswolds has long been known as home to some of the very best antiques shops in the country and many of its specialist dealers are members of CADA, the principal regional trade association.  The fair is a rare chance to spend the day, or even the whole weekend, talking to dealers, browsing through their stock, and letting the eye wander through a kaleidoscope of unique and timeless pieces.  Think of the time and the petrol that will be saved driving from one end of the Cotswolds to the other!

Twenty-three members of CADA are setting up their stands in the stunning settingof The Colonnade, The Marlborough Room and The Orangery which overlook the Italian Garden at Blenheim.  The very best of every discipline will be showcased including all kinds of fine furniture and decorative items, garden ornaments and statuary, jewellery, silver and glass, early needlework and antique boxes, carpets and textiles, Oriental and English ceramics, fine art and much more.

Christopher Clarke Antiquesis decamping from Stow on the Wold with his stock of campaign furniture and travel requirements including a Chinese Export campaign desk, c1840, made of amboyna offset against ebonised mahogany with ivory stringing, priced at £9,250.  Two historical boxes come from Hampton Antiques of Heritage, Woodstock – the first is a silver gilt vanity box, c1909-10, given by Joseph Bruce Ismay, owner of the White Star Line (famous for the Titanic) as a present to his wife, Florence Schieffelin.  Bruce Ismay was the highest ranking official of the White Star Line to survive the fateful maiden voyage of the Titanic.  The second is a lady’s travelling dressing table service commissioned in 1844 for Jane, Duchess of Marlborough who lived at Blenheim Palace from 1819 until her death in 1844.

John Howard of Heritage, Woodstock is bringing various items with interesting local provenances such as a very rare figure of a Blenheim spaniel, c1820, price £4,750.   The Duke of Marlborough reportedly owned the smallest and best breed of cockers in Britain, known in those days as a Blenheim spaniel.  Also on his stand is a group of creamware pottery with a strong Oxfordshire link bearing the name Daniel Sergeant, Brookhampton 1784.  Brookhampton is a hamlet south of Oxford.   Another item is a pitcher bearing the name Sudeley Castle, once home to Katherine Parr, last wife of King Henry VIII.

More highlights include two vibrantly colourful modern rugs by the master weaver and textile artist, Peter Collingwood (1922–2008) from Christopher & Angela Legge of Oxford; amongst the early needlework from Witney Antiques is a rare sampler depicting the gatehouse lodge at Burghley House;  a Regency domestic regulator by Barwise, London, c 1810, price £35,000 from Montpellier Clocks of Cheltenham;  and fine pair of Regency figures bearing lamps along with a pair of Regency rosewood pedestal cupboards from a private house in Kensington Palace Gardens from Moxhams Antiques of Bradford on Avon.  Glass is well represented by Jeanette Hayhurst of Tetbury.   From Howards Jewellers of Stratford upon Avon is an array of period and contemporary jewels, collectables and silver.

Fine art includes a 17th-century portrait of Prince Rupert, c1640 priced at £16,750 from The Titian Gallery, Stow on the Wold; a watercolour of The Ashmolean, Oxford, dated 1966 by Alan Sorrell from watercolour specialist Newman Fine Art of Painswick for £2,500;  various works by brother and sister Charles and Margaret Gere who settled near Painswick and were amongst the earliest members of the Cotswold Group, from Sarah Colegrave Fine Art of Banbury; landscape paintings by contemporary painter Charles Neal at Astley House Fine Art, Moreton-in Marsh; and from Haynes Fine Art of Broadway, ‘Bedtime’ by Dorothea Sharp (1874-1955) priced at £135,000.

The fair’s designated charity is The North Cotswolds Hospital, Moreton-in-Marsh, now being built as a new landmark state-of-the-art community hospital.

Light refreshments by Searcys are available within the fair.

Complimentary invitation available from CADA website (www.cotswolds-antiques-art.com) admits 2 to the Fair and the Palace grounds