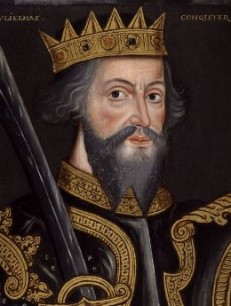 The next in the AAH's regular ‘Art History in the Pub' series of talks, lectures and events is happening on 18 June, bringing the latest art historical research to a wide audience.

These talks present a selection of the wide variety of topics, periods, methods and approaches common in art historical study, and are aimed at a generalist audience.

The next speaker is Catherine Daunt, a collaborative doctoral student  at the University of Sussex and the National Portrait Gallery. Under Elizabeth I, the market for painted and printed portraits in England greatly expanded generating a widespread interest in the appearance of famous figures from the nation’s past. History in this period was often presented as a series of biographies of key players in the fields of warfare, exploration, poetry, politics, the Church and, of course, royalty. Contemporaries were encouraged to study the lives of these figures, good and bad, and to learn from their virtues and vices. A fashion for painted portraits sets of these figures emerged and hastily made copies of well-known portraits were produced and re-produced by artists' workshops to meet the demand. This talk will explore this often-overlooked category of painting and present some intriguing new findings from recent technical analysis of surviving paintings.

(Note: Copies of several of the portraits Catherine will be mentioning during her talk are actually hung on the wall of the venue, The Monarch in Chalk Farm!).

Catherine Daunt is currently working towards a DPhil at the University of Sussex on 'Portrait sets in Tudor and Jacobean England'. Funded by the Leverhulme Trust, Catherine is undertaking her research in collaboration with the National Portrait Gallery's Making Art in Tudor Britain project (www.npg.org.uk/matb). She previously worked as an Assistant Curator at the National Portrait Gallery.