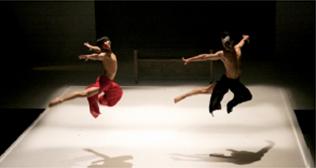 The UK’s premier international showcase for new work from outstanding young arts producers announces its 2012 programme, kicking off for the first time with a special week of participatory projects, workshops and schools engagement (29th June – 5th July). From 29 June–22 July 2012, the streets and venues of Kingston-Upon-Thames will come alive as young people showcase the very best in youth arts selected from the UK and internationally. The latter part of the festival will explode with 18 days of performances, exhibitions and showcases of incredible youth arts from around the world, including brand-new work created only the week before!

The line-up for IYAF’s fourth edition features three Cultural Olympiad projects (Bodies in Motion, Illumination and Showtime) and is a brilliant addition to London’s cultural landscape in an Olympic year. Organized by the dynamic charity, Creative Youth, the festival’s beautiful riverside location in Kingston-Upon-Thames means visitors enjoy the feel of an intimate event whilst enjoying world-class acts. South-west London’s relaxed village atmosphere offers locals and visitors alike the chance to be inspired by culture without the hassle of central London in high summer.

With more than 20% of performers coming from overseas, IYAF’s programme this year is truly global. But as well as celebrating the artistic achievements of young people (as young as 5, with most between 16 and 26) around the world, IYAF is the flagship event in a year-round programme delivered by Creative Youth that offers a springboard for new UK talent and equips British youth with the skills they’ll need to build long-term careers in the arts – so visitors’ support has a positive impact that carries on long after the curtains have come down.

This year there will be over 350 events across 15 venues and an anticipated 8000 participants - if you'd have told me those figures when we set up IYAF in 2009 I would never have believed it! Importantly, IYAF showcases the highest quality of young people's work and really does challenge the notion that youth arts should be tolerated and not celebrated. Performances at IYAF have been compared to work at the National and the West End and many of our productions go on to Edinburgh to win awards and receive five star reviews. Excitingly though, you can catch them here first, and you can catch so many productions and events, whether you are here for a day or two weeks with all venues within walking distance of each other. Aniela Zaba, Artistic Director, IYAF