Photographers vote London and Barcelona as their favourite Olympic cities 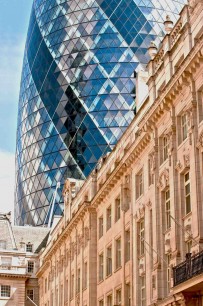 London and Barcelona have been voted the most popular Olympic cities in a worldwide poll conducted by the Urban Photographer of the Year competition as part of its search to find the 2012 winner. The contest, which last year attracted over 10,000 entries from 74 countries, is now open to amateur and professional photographers across the globe.

Conceived by global property adviser CBRE to celebrate urban environments of all types, the annual competition has welcomed tens of thousands of photographs documenting daily life in built environments around the world since its launch in 2007. The competition’s popular theme, ‘Cities at Work’, is designed to challenge amateur and professional photographers to capture what they consider to be the essence of urban life at any time of day, be it poignant, inspiring, quirky or amusing.

Entrants to the competition have been voting on their favourite Olympic city of the last 50 years, with London (2012) and Barcelona (1992) in a photo finish, receiving 22% of the vote each, followed by Sydney (2000), which achieved 15% of the votes.

The overall winner of the competition will be able to choose a luxury photo safari from a range of exotic locations sponsored by CBRE. Prizes will also be awarded to two runners-up and for the 24 stand-out images representing each hour of the day.

With 50 days until the opening ceremony, it is fantastic that London has already made such an impression on people around the world. We very much hope that this year’s Games will emulate the success and legacy created by previous popular host cities of Barcelona and Sydney.

Last year we welcomed over 10,000 images which captured the hustle and bustle of city life and this year we’re seeing pictures flood in from across the world. I am delighted that the success of the contest is allowing us to globalise it this year and look forward to receiving the thought-provoking images of city life that have come to represent this competition.