Dorothea Lange's work on show at the Hopper House 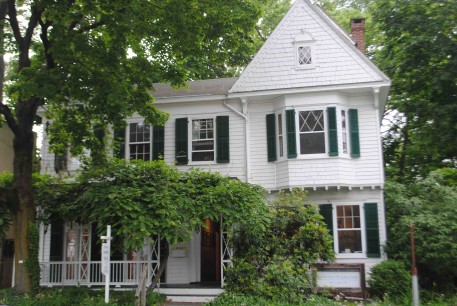 Edward Hopper House Art Center hosts an exhibition of original prints by legendary photographer Dorothea Lange (1895–1965).   Lange’s iconic portraits of Depression-era subjects gave a human face to that troubled period and influenced the development of documentary photography as a whole.  One of Lange’s most famous works, Migrant Mother, stands as a symbol of pride and resilience in the face of abject poverty.

In the Hopper Hallway Gallery:

'The Documentary Continues: Women in Social Issues Photography' – presented in the Hopper Hallway Gallery as a sidebar to the Dorothea Lange exhibition

In the Sanborn Gallery:

Edward Hopper House Art Center presents an exhibition of 20 original letters from Alta Hilsdale (1884–1948) to Edward Hopper (1882-1967) that document their previously unknown romantic relationship and provide a new context for understanding the work he created during the decade the letters span, 1904–14.

This exhibition is made possible with public funds from the New York State Council on the Arts, a state agency.

In the main gallery (following the Lange exhibition)

Juror: Susan Cross, Curator, MASS MoCA,  A celebration of small works that make big statements despite their size.  All media included with a maximum size of 12 x 12 in.