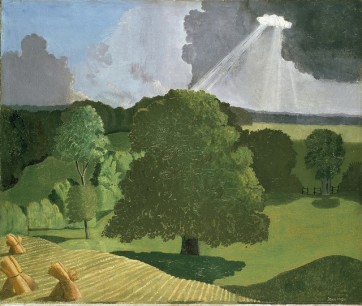 'Brothers in Art: John and Paul Nash', now starting its final week at the Royal West of England Academy in Bristol looks at the work produced by the two Nash brothers after their time as Official War Artists during the First World War. Paul is often regarded as the more gifted, innovative and talented of the two, but this was a view that he promoted himself. John, in fact, was a highly skilled and original artist. The new show reveals all - read Julian Freeeman's review of the accompanying book in this month's Cassone.