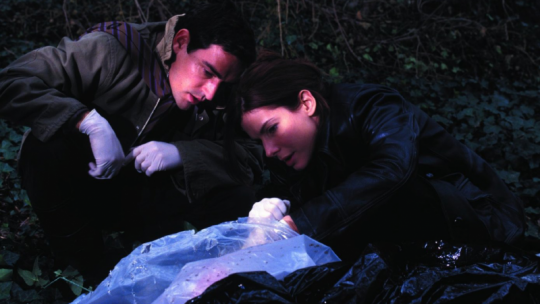 How is forensics portrayed in film, literature and television? How does the popular perception of forensics affect the courtroom?

There are free tickets for each film screening still available for the Welcome Collection’s Pop Forensics weekend in collaboration with BFI. Films will be shown at Wellcome Collection.

Screening of Mystery Street with an introduction and Q&A from writer and critic, Maxim Jakubowski

This 1950s noir thriller offers a look at the forensics of the day, as a team of medical scientists from Harvard Medical School shed doubt on the guilt of the chief suspect in a girl’s murder.

Sandra Bullock takes on the role of a disillusioned cop who, with fresh enthusiasm inspired by her new partner, investigates a murder committed by two high-school students who think they have committed the perfect crime. An interesting insight into forensics in mainstream Hollywood.

Screening of Madeleine with an introduction from film curator, Karen Podesta

Based on the true story of Madeleine Smith, a young Glasgow socialite who was tried in 1857 for the murder of her lover, in what the newspapers called ‘the trial of the century’. Featured in our exhibition, this film focuses on the courtroom setting, unlike contemporary portrayals of forensic science.