Joshua Reynolds at the Wallace Collection 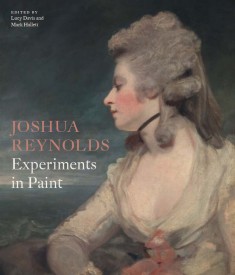 A towering figure of the art world in his time and first president of the Royal Academy, Joshua Reynolds (1723–92) has slipped from public view. The Wallace Collection, together with the Royal Academy, The National Gallery and the National Portrait Gallery, are determined to change this state of affairs and re-establish Reynolds as a household name once more.

Although the Wallace Collection is most well-known for its holding of 18th-century French art, it is in fact bursting with treasures of all kinds. It possesses no fewer than 12 works by Reynolds, which form the core of this small but fascinating free exhibition. With loans from other collections and working in collaboration with among others the Paul Mellon Centre for Studies in British Art, and drawing on the research expertise of the National Gallery in London and the Yale Center for British Art in New Haven, the exhibition shows works from throughout Reynolds' career and includes portraits, some of his so-called 'fancy' paintings and history painting.

That portrait painting in Britain was stuck in something of a rut before Reynolds can be seen in the works of Reynolds's master Thomas Hudson: competent, colourful, direct, striking but stodgy. Reynolds was to change all that. The son of a vicar who was also the local grammar-school master, Reynolds was born in Plympton in Devon. Apprenticed for a time to Hudson, Reynolds then practised independently in Devon and in London. Through his home-county contact with Augustus Keppel, younger son of the Earl of Albermarle, Reynolds was able to gain a free passage to Italy where he spent three years (1749–52). Mostly based in Rome, from where he visited other major artistic centres, he worked assiduously to imbibe the style of the old masters. Lacking in expertise and deficient in certain areas of basic training, he was determined to learn all he could, filling sketchbooks with drawings and notes that would serve as inspiration in the years to come.

On his return to England he painted the striking full-length portrait of Augustus Keppel, now an Admiral, his pose based on that of a classical god, striding along the shore, the wild sea crashing behind him; anything but stodgy. This work burst upon the London scene and established Reynolds' reputation as the go-to portrait painter of the time.

Indications that Reynolds was hoping to change the status quo had come even before his trip to Italy. His self-portrait (c.1747–49) gives a taste of things to come. In landscape format as opposed to the usual vertical alignment, Reynolds depicts himself with his palette and mahlstick looking directly at the viewer, shading his eyes from bright light. It is almost a theatrical statement, the upcoming young artist, looking into the bright future, perhaps searching for the path that will lead him to fulfil his ambitions.

When married to the Grand Style of the old masters and adapted to the traits and characters of his individual sitters, Reynolds's style post-Italy was unstoppable. Criticized even in his lifetime for plagiarism of the classical masters, Reynolds was able to borrow from them but create his own unique, striking and individual style.

Dedicated to his work, not even stopping to rest on Sundays, although socializing most evenings, Reynolds was forever experimenting and innovating, rarely fully satisfied.  It was noted even in his lifetime that his experiments with paints led to some deterioration of his works. His particular use of red resulted in what is known as 'fugitive' reds, which have disappeared over the years. This effect can be seen in the portrait of Nelly O'Brien where her skirt, once a bright red, is now more of a dull brown-red shade. This has also resulted in the faces of some of his sitters, once glowing with health, now appearing a ghostly white: the portrait of the Fourth Duke of Queensberry is a case in point.

Another technique that he tried to use was to paint on top of the white base of his canvas before it was fully dry. This has resulted in the paint not adhering effectively and producing blistering and cracking. It is perhaps unsurprising that, at the end of this five-year project to research and understand better the Wallace's works by Reynolds, only four of the paintings were considered stable enough to undergo any restoration work.

Reynolds's aim of establishing a British school of painting with international significance came to full fruition; standards were raised and through his Discourses – the lectures about art that he gave at the Royal Academy – he was able to provide a clear statement of academic ideals in art. The path of the up-coming young artist, shielding his eyes from the light was indeed a bright one.