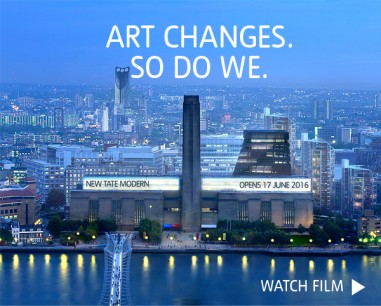 When Tate Modern opened at the beginning of the new millennium, it was believed it would be a generation before any enlargements were needed but the enormous popularity  and changes in the ways that art is made and presented have necessitated action. Work began only a decade after the new gallery opened and now the completion of this work has been announced by Tate's director, Sir Nicholas Serota. Sir Nicholas says that the new facilities:
will challenge the traditional story of modern art and offer a fresh perspective on artists working around the world in a re-hang of the whole building. It will also be a communal place where people can meet to share, debate and create.

Click here to see a video on the dvelopments.