Selling the Underground: a century of LT posters 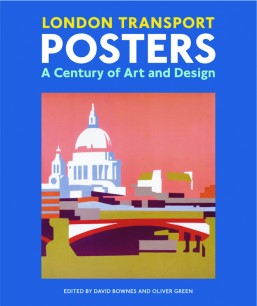 London Transport Posters: A Century of Art and Design

The design vision of London Transport (LT) has had a major impact on how residents and visitors see London. Hence there has been a growing interest in British posters of the 20th century as an important, and distinctive, part of the visual culture of the period.  ‘London Transport’, under its various guises, played a pivotal role by commissioning a wide range of poster art from many artists and designers throughout the century. This role extended well beyond the visual appeal and informative qualities of the posters themselves, to encompass ‘good signage, Beck’s map [the schematic plan of the Underground created by Harry Beck in 1931], the Johnston typeface, Piccadilly Circus ticket hall, Arnos Grove, 55 Broadway and a century of poster design’ as the foreword by the managing director of London Underground in 2008 acknowledges.  Much of LT’s vision can be attributed to one man, Frank Pick.  A useful timeline shows the reader that in 1908 Pick was ‘given responsibility for UERL [Underground Electric Railways of London] publicity’, and continued to commission and encourage good functional design until his retirement in 1940.

Every page of this book offers the reader images of the diversity of subject-matter and artistic style that have exemplified London Transport Posters over the last century, ranging from the music-hall imagery of John Hassall’s 1908 No Need to Ask a P’liceman! to Howard Hodgkin’s Highgate Ponds (1989).  Familiar names from 20th-century art and design who were commissioned by LT include the Surrealist, Man Ray; Abram Games, whose name will always be associated with the Festival of Britain in 1951; and those quintessentially British artists Eric Ravilious and Graham Sutherland.  Possibly equal enjoyment can be had from putting names to those less well-known figures who produced posters that are familiar to those who have travelled around the capital on public transport and that have become part of Britain’s visual heritage.

A total of ten essays introduce the reader to many aspects of poster design, the varying styles and aesthetics involved, and advances in the technical processes and design education during the century. ‘Selling the Underground Suburbs 1908–33’ explores the poster imagery of the growing suburbs, ‘Fashioning the Tube: Women and Transport Posters in the 1920s and 1930s’ and ‘Underground Posters in Wartime’ show how posters targeted women travellers as their roles changed. Oliver Green’s essay ‘Appearance Values: Frank Pick and the Art of London Transport’ provides a fitting introduction to Pick’s importance in the history of British design in the first part of the 20th century.

This is a book with potentially wide appeal; it would be the ideal complement to a visit to the London Transport Museum for the general visitor, while offering a sound introduction to the subject for those seeking a deeper understanding of this important design phenomenon.