The fine art of photography 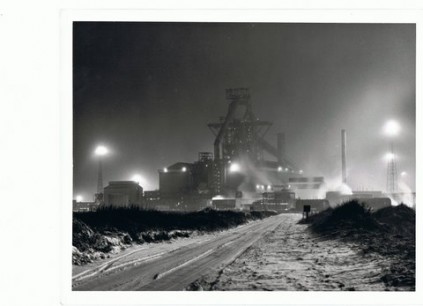 The status of photography as an art form has steadily advanced over the decades. Jenny Kingsley reflects upon the changing perspective

When I was growing up in New York City, at school we used to ask each other: does your  mother work? My reply was somewhat out of the ordinary: ‘She’s a photo-journalist.’

Indeed, my mother’s work was an eye opener. It made me aware that photography was not only functional but also an artistic creation. Her Rolleiflex, light meter and darkroom machinery and solutions were akin to the canvases, brushes, and paints of the painter.

I could see from watching her crop the images on her contact sheets, develop pictures in the darkroom and the fact that her images of nuns writing on a blackboard in front of a class of teenage girls in Chicago, or of Catherine Deneuve on a film set, were never the same as other images of the same scene, in the same way that no two paintings of the same subject could ever replicate each other. The light, shadows, angle, perspective, moment of the snap, shutter speed, composition, what the artist reveals or doesn’t about the subject, all affected the aesthetics of the outcome. The camera is the vein through which the photographer’s vision, her life-blood, flows. ‘The secret of photography is, the camera takes on the character and the personality of the handler,’ said Walker Evans.

At home, books of photographs portraying the ravages of war, society’s outcasts and its beau monde, and of abstract and phantasmagorical images, rested on the shelves among tomes of old masterpieces. And though the major fine art museums displayed mostly paintings and sculpture, some regularly featured photography as art. Both the Museum of Modern Art (MoMA) and the Art Institute of Chicago had well-established departments of photography, collecting and curating. MoMA’S came into fruition in 1940; one of its first directors of photography was the legendary Edward Steichen (see Background Info box).

It wasn’t until 1972 that a major British museum, the National Portrait Gallery, appointed a curator of photography, Colin Ford. This proved photography’s acceptance as a bona fide means of establishment portraiture, but not necessarily its acceptance as fine art worthy of wall space near Vermeer.

This isn’t to say that those interested in art from a curatorial or scholarly perspective weren’t enthused by photography in an aesthetic context – the debate about whether or not photography is art was well worn by the late 20th century. Yet while photography was part of the fabric of visual fine arts culture in America, in Britain it was on the periphery. Photography wasn’t institutionalized to the degree that it is today; and the general public wasn’t clamouring for it to be.

In 1989, the Royal Academy held the first major British exhibition of photography: the ‘Art of Photography’. In his speech at the press launch, photographer Ian Macdonald hailed the exhibition for allowing people to experience the emotive, sensual and aesthetic qualities of the image, with space and time, rather than seeing the image merely as a means of selling, a tool for advertising. Literary theory was becoming popular among students of visual culture: philosopher Roland Barthes’ argument, that readers partly create the text they are reading, was being applied to images.  Hence it is appropriate that Macdonald emphasized that it’s not only the photographer’s vision that creates, but also the viewer’s: ‘…Each photograph is conditioned by those personal experiences the onlooker takes to viewing each image…’.

In 1998, the Victoria and Albert Museum, which has one of the world’s largest international collections of photographs, dating from 1839, opened its first space dedicated to photography exhibitions. To give the Museum its due, it had appointed in 1970 its first curator of photographs, Mark Haworth-Booth, but alas space for the image was transitory (and the V&A was after all a craft and design oriented establishment!).

Now, the present senior curator, Martin Barnes, is assisted by three other photography curators, and the Museum is just  about to open a large barrel-vaulted gallery for changing displays of its historic collection. Contemporary work will be shown in the existing photographic gallery. Barnes explains that as the Museum’s historic collections are quite strong, it is focusing on acquiring contemporary work, and is collaborating with other organizations to ensure that there are no overlaps – funding is in short supply. One initiative involves the British Museum in the acquisition of images by Middle Eastern artists such as the Iranian Shadi Ghadirian and the Palestinian Raeda Saadeh. With the Black Cultural Archives, the V&A has been collecting work by photographers relating to the black British experience, such as the American Al Vandenburg, and Dennis Morris – known for his portrayals of Bob Marley. In a recent interview in a Dutch newspaper, Barnes said he’s pleased that photography is ‘becoming such an important and popular element of some of the greatest art collections in the world…’

The Tate appointed its first Curator of Photography, Simon Baker, in 2009.  At the time Frances Morris, Head of Collections (International Art) at Tate Modern said: ‘Over the last few years photography has become increasingly central to Tate’s activity…Simon’s appointment allows us to continue to develop the ways in which we celebrate and explore the art of photography’. Interestingly, the British Journal of Photography commented: ‘Having largely ignored photography in the past, the Tate is making up time with a series of exhibitions and an important new acquisitions fund…The Tate was a late developer when it came to photography, staging its first major exhibition, ‘Cruel and Tender’, in 2003, decades after similar public-funded modern art galleries had done so on the Continent and in North America.’

Baker is interested in encouraging new approaches to photographic themes. Chief Curator Sheena Wagstaff recently collaborated with Simon Norfolk, whose work is notable for its evocative ‘battlefield’ themes, on a project pairing Irish photographer John Burke’s images of the British military in the 19th century with their modern-day equivalents.

Photography is part of art history, believes Baker; throughout time the changing natures of artistic genre – artistic movements and schools – reflect and influence each other. For example, there’s Surrealist photography and Surrealist painting, and images reflecting the Bauhaus influence in architecture. It makes sense to add prints relating to other work already held by the Gallery.

Although London has fewer dealers than New York and Paris specializing in photographic prints, there’s scope for business, as Chris Beetles, Britain’s leading dealer in illustrations and cartoons, discovered. Giles Huxley-Parlour, who directs the Chris Beetles Fine Photographs Gallery, a very jazzy space in central London, tells me, with great enthusiasm and charm, about the birth of the business. Chris Beetles was offered the chance several years ago to display some of photographer Terry O’Neill’s work. Beetles reckoned it was likely to be a loss-making endeavour. Would his clients – mostly London-based professionals – buy photographs? In fact, the private view was packed, a sell out.

In British schools an ever-increasing number of students are pursuing photography to general certificate and advanced levels. The Head of the Drawing Schools at Eton, artist Ian Burke, believes ‘photography should be taught in all secondary schools. The photograph and the digital image are now an essential part of everyday communication. Many contemporary artists see it as the natural visual medium for their view of the world and their ideas and concepts. A department that deals only in the traditional perception of artist materials ignores digital graphics and photography at its peril.’

The boys Burke teaches see photography as an expedient way of getting an idea across, expressing themselves in an artistic context. The use of IT enables them to create unusual and rewarding images. Thanks to Burke, Eton appointed its first Photographer in Residence, 2006/7: Ian Macdonald.

Burke’s comments shed light on why photography is now ‘official’ fine art. The digital age makes photography not only accessible but also an easily innovative and experimental means of artistic expression. Anyone, anywhere can participate in its creation so displays of images are more likely to attract viewers, engendering a sense of camaraderie. We take a more broadminded view towards art – think of graffiti art, street art, living walls, mixed media, the collection and display of art from all over the world, thanks to globalization. No longer are we rooted in the traditional notions of ‘Western art’.

Photography’s relative youth – it’s only about 150 years old while painting and sculpture are thousands of years old – also indicates why it’s been marginalized in the kingdom of fine art.  Instinctively, we’re wary of the unfamiliar, what’s not ingrained. What do you think of the photographic light of creation?

Edward Steichen (1879–1973), once the world’s highest-paid photographer, is credited with founding modern fashion photography but his varied work also included military photography and advertising work. He won an Academy Award for directing a wartime documentary film, The Fighting Lady (1944).

Ian Macdonald is a British photographer whose work is in several major public collections in the UK, Europe and America. The text of his speech to the Royal Academy, referred to in this article, can be seen in full on http://www.ianmacdonald.co.uk/statement.php

A hundred images from the V&A collection are discussed in Photography: An Independent Art, Photographs from the Victoria and Albert Museum 1839–1996 by Mark Haworth-Booth.