The birth of the portrait: ‘The Renaissance Portrait’ at the Met 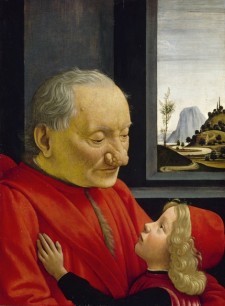 Stephen Bury reviews ‘The Renaissance Portrait from Donatello to Bellini’

The Renaissance saw the beginnings of traditions in portraiture that were to last for centuries. In 1860, in The Civilization of the Renaissance in Italy, the Swiss historian Jacob Burckhardt (1818–97) made a correlation between the new vogue for portraits and the rise of individualism and self-awareness in Quattrocento Italy. It was, he said, ‘the place where the notion of the individual was born’. This is open to question – religious artworks far outnumbered portraits in this period and Franco-Flemish artists would have a better claim to pioneering the realistic portraiture of individuals. What is not debatable is the effect that Burckhardt’s view had on the collecting priorities of the late 19th century.

The Met’s current exhibition draws on the collections largely formed in this period and it may tell us more about late 19th-century views of individualism than about the Renaissance.

The exhibition was organized by Keith Christiansen of the Metropolitan Museum of Art, New York, and Stefan Weppelman of the Gemäldegalerie in Berlin. There are approximately 160 items, ranging from painting in oil and tempera; marble, bronze, terracotta and stucco sculpture; drawings; medals; an onyx cameo; and illuminated manuscripts. The only missing formats are the wax and other temporary forms of portraiture frequently installed in churches, public buildings and houses. There are loans from local Italian museums as well as from the Louvre and the Royal Collection. Notable are the loans of medals from the Münzkabinett, Staatliche Museen zu Berlin, and from the Stephen K. and Janie Woo Scher private collection.

At the beginning of the exhibition the visitor sees Donatello’s reliquary, made around 1425, to house the skull of the fourth-century martyr, Saint Rossore, in the church of the Ognissanti, Florence. It is cast in bronze, which has been chased (a form of embossing), engraved and gilded. As a religious effigy it might not seem the best introduction to secular portraiture, but it’s now thought that Donatello (c.1386–1466) was himself the model for this self-conscious saint. The reliquary is also remarkable for its departure from the usual embossed silver medium as well as for the detailed rendering of the fabrics and armour. Donatello has transformed the reliquary from a container of remains to a container of the soul. This work alone repays the admission price.

One might expect that the exhibition would follow its proposed theme of the evolution of the portrait from profile to three-quarter and frontal portraits and the transition from portraits of donors in religious paintings to portraits of indviduals. Instead, we first see portraits of women and then a court-by-court presentation of the various duchies of Italy: Florence, Ferrara, Mantua, Bologna, Milan, Urbino, Naples, Papal Rome. The last is a room of Venetian portraits – as Venice was a late adopter of the individualized portrait, this may have some chronological sense. It was Venice where the portrait extended well beyond a court circle, as Vasari (at least in one version) asserted that Giovanni Bellini (c.1436/8–1516) had ‘introduced into the city the custom that anyone, even someone of no rank, could have his portrait done by him…with the result that the houses of Venice are full of portraits, showing family members going back four generations’.

The female portrait paintings often had a function in pre-nuptial negotiation. Exceptional is an enigmatic marble bust of around 1462 by Desiderio da Settignano (c. 1430–64) of a young woman, identified as Marietta di Lorenzo Strozzi. Ironically she did not marry until 1471, an older bride for the time. Some were able to control their public image. Isabella d’Este (1474–1539) was notoriously vain and defensive of her bulbous nose and double chin: she rejected a portrait of her by Mantegna. A gold medal by Gian Christoforo Romano (c.1460–1512), dated around 1498, and on loan from the Münzkabinett, Vienna, massages her defects. Other idealized portraits, motivated by Petrarchan and neo-Platonic notions of beauty, include the two slightly-out-of-profile tempera paintings of Marco Vespucci’s wife, Simonetta. Here at least is no pre-nuptial exaggeration.

But men could be just as vain. The autocratic and reclusive ruler of Lombardy, Filippo Maria Visconti (1392–1447) had a bull neck, receding chin and small nose: and he also was obese and had deformed feet. Pisanello’s brilliant chalk drawing and possibly related medal of him in the last decade of his life adroitly manages to balance self-censorship and realism.

The medals are a revelation. The designers of this exhibition have attempted to allow the viewer to see both the obverse portrait and the reverse emblem or impresa. High gallery lighting makes this extremely tricky but, here, it almost succeeds. Pisanello was commissioned by Leonello d’Este to make a series of  (at least) six medals in 1441. Three in lead or copper alloy are on show in this exhibition from the Scher Collection. Leonello faces  the viewer’s left in two of them. On the reverse of one (the right-facing one) is a three-faced child, an emblem of Prudentia, whilst in another two naked men, one old, one young, support large baskets, full of olive branches. Both these impresa reinforce the vision of a ruler who regards past, present and the future.

The third medal, larger than the other two, commemorated Leonello’s second marriage in 1444 to the illegitimate daughter of Alfonso of Naples, Maria of Aragon. Its reverse has a lion (Leonello) appropriately being tamed by Amor, but in an impresa within an impresa, a stele (inscribed slab) has an image of a sail(vela), denoting perhaps the prudential advice to make haste slowly.

A hidden medal is perhaps contained in the Portrait of an Old Man and a Boy by the Florentine Domenico Ghirlandaio (1448/9–94). The child at the bottom right is seen in profile and the landscape seen through a window in the top right of the painting, although rectangular, is reminiscent of the reverse, impresa side of a medal. The question must be, though, why portray the old man with his disease-deformed nose. The answer may lie in that the old man was already dead – no need to flatter, but to commemorate his life and the continuity of generations.

This is a stunning exhibition. It could have been arranged in a myriad different ways – haircuts (a young man with a zazzera – a smooth mop of hair curled under at the ends – in a painting by Jacometto is notable), diseases, windows and window-ledges etc. But the layout adopted allows the works space to breathe and for us to contemplate that we are at the birth of the conventions of portraiture that lasted until photography.

BUY The Renaissance Portrait FROM AMAZON