Nina Danino: Capturing an aura – the human presence on film 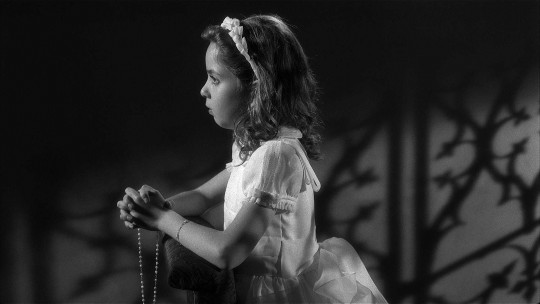 Mo White talks to artist Nina Danino, who explores secular and religious imagery and themes in her film work

Mo White: I would like to understand the context for your new work Communion so could you generally describe your art practice?

Nina Danino: I would describe myself as an artist and filmmaker. My background is in painting and fine art.  Until recently in contemporary art, artists’ film has had a separate existence to objects, performance and other gallery-based activities.  Artists’ film was circulated and shown in dedicated cinemas, film festivals and screenings.  My practice stems from that separate identity for film through my involvement as a filmmaker with the London Filmmaker’s Co-op in the 1980s and 1990s.  Only in the last decade or so has artists’ film migrated to the gallery so that curators and criticsare becoming much more aware of artists’ film and its history.

My films involve narrative and I make them to be seen from beginning to end.  Communion is the first film that I have designed for gallery viewing where you can watch it at any point.  It is short and without a narrative and has a more open structure to the tight narrative control of my other films.  In my previous work the human presence is created by the use of the voice – Communion centres on absolute stillness.  It is an event rather than a narrative.

MW: Can you tell me more about Communion– what prompted this piece of new work and how did Billy Williams, the cinematographer, become involved in the film?

ND:  Communion is silent.  It shows a number of long sequences of a young girl in a white dress in three different poses.  She is holding certain objects that we associate with a devotional event, a rosary and a prayer book.  It’s shot in black and white and the girl is lit by a soft light in the setting of a church.

I remembered my own First Communion photographand I wanted a similarformal studioportraitof my daughtertaken with itsposes and its gestures. I made a study of the visual language of Communion portraiture and worked with a photographer.  The results were professional but it didn’t capture a certain aura and iconic quality that I was looking for in the image.  I realized that it needed to be transformed for that to happen – it needed to be pushed further to capture something more than a documentary record and that this had the potential to be a film work.

The lighting, styling, setting, and the beauty of a young child aims to create a translucent surface which combines secular Hollywood glamour withreligious interiority as represented in the genre of First Communion photography.  It became essential that it be photographed in as high production values as possible in black and white by a veteran cinematographer – if only I could find one.  Only a cinematographer whose knowledge came from an earlier period would add this dimension to the film.  So it was absolutely incredible that a master would agree work with me on Communion.  Billy Williams is one of the great cinematographers of his generation.  He is the Oscar-winning cinematographer of Women in Love, Sunday Bloody Sunday and Ghandi and he has lit stars such as Elizabeth Taylor, Lana Turner and Katherine Hepburn.

I believe that it is through his creative collaboration that these portraits draw directly – perhaps mystically – on the lighting history of black-and-white cinematography itself.  Filming in black and white is completely different to filming in colour; these skills and knowledge are disappearing and there are very few cinematographers remaining who are trained in black and white.

The resulting film is not a replica of the past but is set in a contemporary present with a contemporary sitter.  This means that Communion doesn’t look like an art film because it uses the language of mainstream cinema and this is a contradiction.  The timeless image of the face of a young girl is the place where these two ideas meet; the cultural memory of the secular cinema star and its opposite – the representation of interior religiosity and the innocence expressed by the communion portrait.

MW:  How does this relate to your earlier work and your concerns with religious subject matter and iconography?  I am thinking here of ‘Now I am yours’ (1992) and Stabat Mater (1990).

ND:  A respected writer on artists and experimental films once asked about my film project on the Virgin that turned into Temenos...  ‘how are you going to make this respectable?’  This brought home to me the orthodoxy that exists in contemporary visual art.  Any artist up until modernism would have engaged with both secular and religious subject matter interchangeably – now, overt religious iconography when not being subverted is more or less absent in contemporary art.

In Stabat Mater and ‘Now I am yours’  I was not consciously tackling religious subject matter but dealing with how to represent the subject as feminine and states that went beyond representation and couldhave a connection to the religious. I was using materials and ideas beyond the confines of modernism, Surrealism and postmodernism, which tends to dominate artists’ film, instead drawing ideas from literature, music and from the vast reservoir of Christian art and culture – and this produced something quite shocking.  Communion is another attempt, as in Stabat Mater and ‘Now I am yours’ to create a startling visual image and unsettle the expected boundaries.

MW:  So the forthcoming exhibition in the chapel in Mount Stuart seems particularly appropriate and fortunate...

ND:  Yes, Communion will be shown over the summer in the Marble Chapel in the Gothic Revival house, Mount Stuart in Isle of Bute, Scotland as a film installation.  It resonates very well with the chapel, which is reputedly the most beautiful in Scotland, and echoes the details of the church where it was filmed so I’m looking forward to it and I like the idea of the film being a still, constant human presence in the chapel space.

Media credit: Courtesy of the artist.

Nina Danino is a filmmaker and artist who was born in Gibraltar.  She studied at St Martin’s School of Art and the Royal College of Art, London and is a senior lecturer at Goldsmiths, London. Her films have been broadcast and screened at cinemas, festivals and museums worldwide.  Her feature film, Temenos (1998) is released on DVD by the British Film Institute and film soundtracks Temenos and ‘Now I am yours’ (1992) are available on CD.