The history of art history 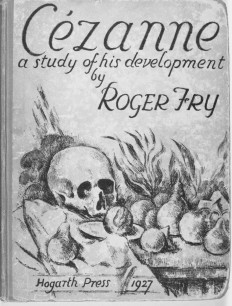 The Books that Shaped Art History

This is a delightful book. Beautifully designed, it is a joy to hold and a pleasure to read. It is the result of collaboration between Thames and Hudson and The Burlington Magazine, where all but one of the essays, by Susie Nash on Panofsky, originally appeared. Paradoxically the book’s appearance belies its content. Whereas Thames and Hudson aims its publications at a general, cultivated, audience The Burlington Magazine is normally read by specialist art historians, connoisseurs and collectors. Superficially the book looks as if it might offer a handy introduction to the practice of art history but anyone who was not already familiar with the literature would not be well prepared to engage with it. It is not a book for beginners. Having said that, it must be one of The Burlington Magazine’s most enlightened projects.

It departs from the standard textbook on art historiography by focusing on individual books that have made a substantial impact on the practice of art history. Any selection is, of course, open to argument but given a preference for depth of discussion rather than breadth of selection, the choices work well in the range of authors and books.

It would not suffice to simply list authors to define the book’s range as each is exemplified by an individual work: Emile Mâle, on religious art in France in the 13th century (1898); Bernard Berenson’s corpus of drawings by Florentine painters (1903); Heinrich Wölfflin’s Principles of Art History (1915); Roger Fry’s book on Cézanne (1927); Nicholas Pevsner’s Pioneers of the Modern Movement (1936); Alfred H. Barr’s Matisse (1951); Erwin Panofsky’s Early Netherlandish Painting (1953); Kenneth Clark on the nude (1956); Ernst Gombrich’s Art and Illusion (1960); Clement Greenberg’s Art and Culture (1961); Francis Haskell’s Patrons and Painters (1963); Michael Baxandall’s Painting and Experience in Fifteenth Century Italy (1972); T.J. Clark’s Image of the People (1973); Svetlana Alpers’ The Art of Describing (1983); Rosalind Krauss’s Originality of the Avant-Garde (1985) and Hans Belting’s Likeness and Presence (1990).

The one obvious omission that is likely to draw fire from across the pond is that of a self-consciously feminist text. While there are two women authors in the collection, probably neither would claim to advance the cause of feminism. The book could, however, ally itself to the cause of promoting recognition of art historical merit, regardless of gender. The feminist community would seem itself to be split on this matter.

Perhaps more interesting for academic art historians is the presence in the list of a connoisseur ─Berenson ─and three critics ─Fry, Greenberg and Krauss ─as it is a commonplace that there is a difference between connoisseurship, criticism and history. The question is whether art historians would be able to ply their trade without the connoisseurs and critics. A further question concerns the role of the conservation scientist.

As Alois Riegl pointed out in his major book The Late Roman Art Industry:

in spite of its seemingly independent objectivity, scholarship takes its direction in the last analysis from the contemporary intellectual atmosphere and the art historian cannot significantly exceed the character of the Kunstbegehren (artistic desires) of his contemporaries.

Gombrich’s account of Giulio Romano’s dual style was inspired by his appreciation of Picasso and his account of the inherent ambiguity of the pictorial image by the example of Salvador Dali. Meyer Schapiro’s formalist approach to art history was stimulated by reading Fry. It is arguable that the very best art history could not be written without a strong artistic sensibility. Kenneth Clark shared with his adversary T.J. Clark a sensitive eye for pictorial effect. The case of Panofsky and the Ghent Altarpiece demonstrates, however, that even the most sensitive eye’s ‘division of hands’ can be corrected by scientific discoveries.

Francis Haskell described his work Patrons and Painters as being ‘half way between History and Art History’, and increasingly it might be felt that with Haskell and T.J. Clark art history went through an historical turn: works of art being turned into historical documents. One unfortunate consequence of this is that, as Gombrich observed, the work of art itself is becoming neglected.

Perhaps the greatest irony of this book is that, as James Elkins has argued, Gombrich made little or no impact on the practice of art history with his book Art and Illusion. Its greatest following came from outside the discipline of art history. In his work at the Warburg Institute he declared that he was not an art historian and he didn’t want to be pulled into its ranks. He was the world’s most famous art historian by being the author of The Story of Art, which was the book that led many art historians into studying the subject.

This is a wonderful book that will be enjoyed by all who have a deep interest in the practice of art history.

BUY The Books that Shaped Art History FROM AMAZON