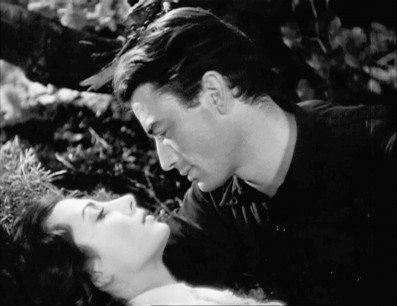 Nemerov explores the violence that was the other side of the war’s end, says Veronica Davies

Wartime Kiss: Visions of the Moment in the 1940s by Alexander Nemerov

Wartime Kiss is a collection of five essays by Alexander Nemerov of Stanford University, published as one of Princeton’s ‘Essays in the Arts’ series, which they describe as featuring ‘strong arguments, intriguing subjects, and stylish writing that will appeal to general readers as much as to specialists’, though the ‘general readers’ claim here is somewhat questionable.

In one of the essays, Nemerov explains their genesis in a lecture given at Rice University, Houston, where the requirement to include discussion of a work in the Menil Collection led to the choice of Joseph Cornell’s A Swan Lake for Tamara Toumanova, in turn leading to consideration of one of the Russian ballerina’s film performances.

Nemerov certainly has a rather individual, even quirky, style of writing and approach to structuring these essays.  The success of the argument about what is undoubtedly an intriguing subject may depend on each reader’s reaction to this writing style: his initial description of the sailor in his first chosen image,V-J Day Kiss, Times Square, 1945 (Alfred Eisenstaedt) as ‘this Davy Crockett of the spit-swappers’ might well lead some readers to decide not to read any further.  This is a shame, since it belies the more serious turn of the essay, as Nemerov explores the violence that was the other side of the war’s end, as the population began to realise that ‘the two people in Eisenstaedt’s photograph celebrate because of the [atomic] bomb’.

All five essays take a specific image as their starting point.  In some cases this is a photograph, as in the first essay, ‘Kissing in August 1945’, discussed above, or the later one on the photographer Margaret Bourke-White, ‘When the world smiled’.  A film still, of the actor Dean Jagger as Stovall in the 1949 film Twelve O’Clock High, is the catalyst for discussion in the essay ‘Sentimental Mysticism: Stovall at Archbury’.  Images of Olivia de Havilland, described by Nemerov at one point as ‘a veteran screen kisser by 1941’, provide the point of reference for the other two essays.

Nemerov has adopted something of a magpie approach to assembling detail in these essays, for example when describing at length the photographic equipment used by Bourke-White in her wartime practice.  As well as the ‘wartime kiss’ of the title, he ranges over film, flight, and different notions of time as these relate to the images and ideas he presents.  The ideas and language take off in many directions, and this does not always fully convince if readers stop and analyse rather than allowing themselves to be swept along with the writer’s trajectory in sentences such as: ‘And in all this the Now would be the soldering force, snapping into place the moment when the world and the photographer fled each other with reciprocal velocity, the crossing of two ecstasies, passing one another by in a blur that Bourke-White froze into a sex appeal of steel’ (in ‘When the World Smiled’).  Ultimately, this may well affect whether the reader finishes Wartime Kiss feeling they have experienced a tour de force or a flight of fancy.