The artistic evolution of Paul Nash 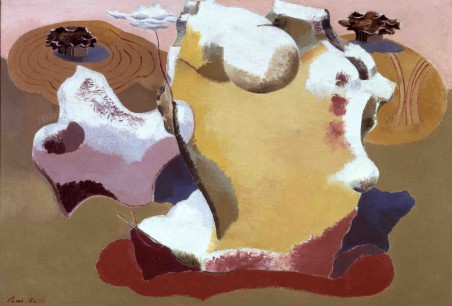 Writer, poet, commentator and polemicist, painter and printmaker,Nash is increasingly recognized as an important British artist

Paul Nash: Landscape and the Life of Objects by Andrew Causey

In the history of early modern British art, Paul Nash remains a name to conjure with, and who better to wave the wand than Andrew Causey? The subtitle of his new book, Landscape and the Life of Objects will immediately resonate with anyone familiar with Nash’s work, in all of which both themes figured prominently.

Since 1980, a range of exhibitions and publications have addressed every area of Nash’s practice with varying degrees of authority and speculation, for the importance of Nash’s oeuvre has grown with attempts to deliver a balanced analysis of British art, and of the place of British landscape within it, to 1945 and beyond. Writer, poet, commentator and polemicist, painter and printmaker, Nash is never easily unpacked in any of his personae, and the critical writing deployed in the last three decades has proved that to disagree on Nash’s place in British art is normal; that he cannot be presented solely as an angry war artist, a romantic poet, or as a premier league surrealist, and that these states are merely three variations on variable themes. This, coupled with the guarded privacy of Nash’s ideas, is one of the strongest seams in Causey’s new book.

Causey’s magnum opus (Paul Nash, OUP 1980), long out of print, offered an absorbing analysis of its subject, listing every known work by Nash at the time of publication, some 600 in all, to encompass not just the often-cited genius loci (spirit of place), upon which much understanding of Nash then rested, but the suggestion of a deeper seam of spirituality, only partly realized by the time of Nash’s relatively early death, aged 57, in 1946.

Now, in this new book, Causey delivers a four-square introductory review of Nash’s personal background and evolving intellectual preoccupations that is both an alternative approach to, and an upgrading of, the accepted canon. Here and through the following essays, he provides a series of gently adjusted reappraisals of specific traits in every area of Nash’s creative activity that he perceives as significant, to further develop interpretation, meaning and iconography within the artist’s work. It is a process that advances Causey’s own beliefs and responds to newer pronouncements by those who have used Paul Nash as the basis for their own thinking, and it works well. When did any history ever stand still?

Landscape is in every sense a book about artistic evolution, about changes in visual and literary perception, the call-and-response articulation of ideas, and the visual and textual techniques and processes that deliver them. In Causey’s hands, Nash’s transmutation is an easy achievement for the reader: the sweeping movements of an imaginative draughtsman in watercolour and ink through alterations in style and additions in media; through periods of acute personal distress, and two world wars, to a partially unfulfilled spiritual outcome. Add to this Causey’s restrained perception of Nash’s involvement with surrealism, and readers may need to question, even discard, assumptions passed down from earlier accounts.

Causey returns repeatedly to Nash as observed by others: as an artist so self-absorbed at every level of creative activity, even at a very early stage in his career, that his choice of motif was often governed by an innate, intense need to retreat from the outside world to inner landscapes ‘of the mind’, to which his declared aims were coupled. This is essential reading for any Nash scholar. There are small issues of detail for those who wish to dig deeper, but, overall, each fresh discussion brings its rewards.

Focused and discursive in turn, Causey’s eight chapters comprise a mostly chronological series of discussions and interpretations of the centrality of these themes during each phase of Nash's career. The whole is supported with excellent reproductions, strong design and a reasonable publication price. Moreover, it is of real interest to have Causey objectively review this important seam in Nash’s work for the first time in over 30 years.