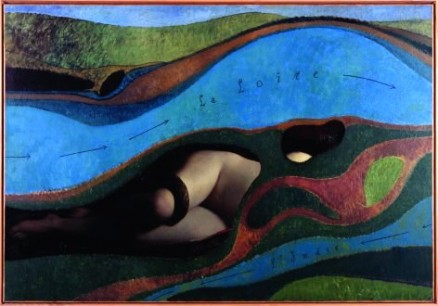 The latest catalogue is ‘a glorious opportunity to look at Ernst’s work’ but more is needed, says Herbert R. Hartel, Jr

The literature on Max Ernst (1891–1976) has, for one reason or another, been dominated by large, sumptuously illustrated exhibition catalogues, some of which span his entire life while others focus on major periods in his career or portions of his oeuvre.  A few monographs have been published, some being inexpensive mass-audience books and others more scholarly. The most extensive and scholarly monographs published in recent years are those by Werner Spies, who is widely considered the leading expert on the artist.

Catalogues seem to appear once every several years with surprising regularity, the latest being Max Ernst: Retrospective, published  by Hatje Cantz.  For better or worse, it is largely more of the same.

The exhibition catalogue is a glorious opportunity to look at Ernst’s works if, like most of us, you could not get to Vienna or Basel in 2013 to experience them in person at the most recent large retrospective exhibition on the artist, this being the first major one to be held in Austria and Switzerland.  Herein you will find many enigmatic, mysterious and fascinating works by the greatest artist to be associated equally with both Dada and Surrealism.  Ernst is probably the most important connection between those related yet distinct movements, the artist most crucial in leading post-First World War European art from the earlier Dada movement to the later Surrealist one.

Ernst’s works are rich in their personal, psychological, social and political meanings.  They were quite innovative in media and style, since Ernst was a pioneer of Dada collage and new textural effects such as frottage (which involves making rubbings of textured surfaces) and grattage (which involves scraping paint off a canvas).

The book is organized mostly thematically with a loose chronological substructure holding the chapters together.  The different themes cover forests, birds and bird-like creatures, war, relocation to the United States and so on.  The introductory essay on Ernst and the United States is an odd starting point for this catalogue, which was produced for the exhibition’s Austrian and Swiss venues.  There are hundreds of good colour illustrations and many of the works will not be very familiar to most viewers, so as a visual resource it is definitely useful.   In spite of its extensiveness, it nonetheless comes up short as a career survey; at least two of the artist’s most famous, canonical works, The Elephant Celebes and Two Children Threatened by a Nightingale, are nowhere to be found.

What makes these omissions especially problematic is that a couple of other works about nightingales by Ernst and their possible sources are discussed, and yet the 1923 painting in the Museum of Modern Art in New York, which makes most art history and modern art surveys, is never mentioned, much less analysed or related to this subject.  These are other bothersome shortcomings in the scholarship in this book.  Sometimes it feels like the book suffers from an awkward translation into English, and it is possible that American and German-French perspectives on Ernst are more different than scholars realize.  If so, this should have been acknowledged and examined, especially since this book was published in English in the United States at the same time it was released in Europe.

There are no new interpretations or insights offered by the group of curators involved in this project, a few of whom, such as Spies and Julia Drost, have published on Ernst numerous times before.  The essays are too vague and hasty; consequently, the reader who is new to Ernst’s work will not find basic information readily available and a more knowledgeable reader will find little that is new.  In fact, some essays are so dependent on earlier research, particularly that of Spies, that the reader should go to those earlier sources (although most are long out-of-print and scarce in used book stores) and not bother with these sketchy, unfocused essays.  There is no coherent reason to what works are spotlighted in the essays, and many important ones are reproduced even though little or nothing is said about them in the essays.  It feels as if the authors started a retrospective but forgot to finish it.  There is still more study of Ernst needed, and the meanings of many works should be explored further, but this catalogue does not suffice.