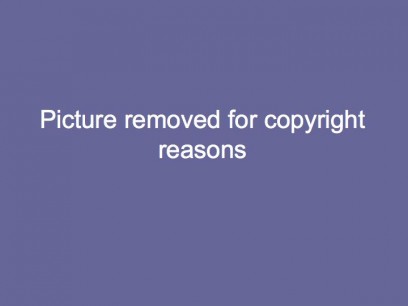 The new National Gallery exhibition ‘Rembrandt: The Late Works’ opens with a room of five self-portraits dated from 1658 until the year of Rembrandt’s death in 1669.  It’s a showstopper and a stunning introduction for what is to come.  In seven rooms a wealth of paintings, drawings and sketches, in all over 90 works by Dutch master Rembrandt van Rijn (1606–69), fill the gallery spaces. These ‘late works’ were created during the last 15 years of the painter’s life when he produced some of his greatest works.

Nicholas Penny, director of the National Gallery points out that this is a landmark exhibition, the first ever in-depth exploration of Rembrandt’s latter years when he accomplished exceptional works during a period of professional and personal setbacks that included forced insolvency for unpaid loans, the death of his beloved common-law wife Hendrickje Stoffels, the untimely death of his son Titus, and the decline of his celebratory status in his homeland.

In the low-lit Room 1, titled ‘Self-Scrutiny’, the welcome is from Rembrandt himself.  Five self-portraits (four oil-on-canvas, one an etching), invite you to study the artist’s face, his hands, his stance, and the flow of light in each work that highlights what he wants you to notice. The small etching is worth close study. Rembrandt depicts himself etching the copper plate from which this work, Self-Portrait, drawing on an etching Plate (1658), is taken. It precedes and informs the other portraits in this room. In all of them Rembrandt’s eyes follow the spectator, who views him looking out at us. Self-Portrait as the Apostle Paul, 1661, is the only portrait where Rembrandt assumed the role of a biblical figure. In his hands he holds a manuscript, alluding to the apostle’s letters written whilst imprisoned in Rome. Particularly poignant is Rembrandt’s depiction of himself wearing a fur-trimmed doublet in Self-Portrait at the age of 63 (1669) inspired by engraved 15th-century portraits of Netherlandish painters. He is visibly frail. It was painted in the year of his death.

Moving through to Room 2, which focuses on Rembrandt’s use of light, we view an extraordinary example of Rembrandt’s later commissions in a special rare loan from the Royal Academy of Fine Arts, Sweden. The Conspiracy of the Batavians under Claudius Civilis (1661) is a large fragment of a much bigger decorative work painted for Amsterdam’s new Town Hall. Rembrandt alongside other artists had been commissioned to decorate the meeting hall with depictions of the rebellion of the Batavians (69–70AD). This work – one can see the original scale and content in the pen and ink sketch displayed alongside it – was installed but shortly after taken down and returned to the artist. It was he who probably cut it down in scale. What remains is still sensational, in composition, colour and use of bright golden light to focus attention on the distinctive one-eyed Claudius Civilis encouraging his unruly band of followers to touch swords to swear allegiance.

Further on in the exhibition another commission dominates. It is the portrait of The Sampling Officials of the Amsterdam Drapers’ Guild, known as The Syndics (1662). Rembrandt captures the characters of local officials, depicted in their role as samplers monitoring the quality of locally made dyed cloth. Rembrandt ignores conventional official portraits of his time, and produces a masterpiece. Through the use of different head heights and gestures there is a visible dynamic within the group creating a tension in the work that carries the viewer’s eye from one syndic to the next, whilst giving all men equal status.

The diversity of Rembrandt’s commissions is evident in The Anatomy Lesson of Dr Joan Deyman, 1656, where he records the surgeon exploring the brain of a corpse, its skull held in the hand of a fellow physician. The work recalls his The Anatomy Lesson of Dr Tulp (1632), painted over 20 years earlier (discussed in the exhibition catalogue). This was only the second work that the Amsterdam Guild of Surgeons had commissioned of an autopsy, asking Rembrandt again to record it, on the occasion of Dr Deyman’s appointment as Praelector Anatomiae, taking over from Dr Tulp.  The fragment on display was part of a much larger group portrait damaged by fire in 1723. A sketch Design for the Frame of ‘The Anatomy Lesson of Dr Joan Deyman’ (c. 1656), shown nearby, gives an idea of the original work. The cut-down fragment makes the viewer focus on the dead man, most probably a convicted criminal who had been hanged (his head rests on his body as though the neck was broken). It is a sympathetic, human portrayal.

Rembrandt called on his family to act as models for him many times. On show here, Hendrickje appears in the large-scale intimate painting Bathsheba Reading a Letter from Kind David (1654). Rembrandt captures the emotions behind the Old Testament story of Bathsheba (2 Samuel II: 2), the beautiful wife of Uriah the Hittite, receiving a letter from King David, whilst she bathes.  Hendrickje might also be the model for the informal painting A Woman Bathing in a Stream (1654), and the brush and brown wash drawing A Young Woman sleeping (Hendrickje Stoffels?) (c.1654), on display. Rembrandt’s son Titus (1641–68), is here in different guises. We see him as a young boy in the etching The Artist’s Son, Titus (c.1656), andthe tender painting Titus at his desk (1659), and aged 19 as Titus in Monk’s Habit (1660), wearing the rough brown habit and peaked cowl of the Franciscan order of the Observants.

The exhibition catalogue Rembrandt: The Late Works is highly readable. It gives insight to Rembrandt, the man and the artist, exploring his personal and professional life. The text covers more than the exhibition can, accompanied by 250 colour illustrations of exceptional quality. It is written by Jonathan Bikker and Gregor J.M. Weber of the Rijksmuseum, who developed the concept of the exhibition with Betsy Wieseman at the National Gallery, London with contributors Erik Hinterding, Marijn Schapelhouman and Anna Krekeler. The team was involved both in the creation of the exhibition in London, and its follow-up show ‘Late Rembrandt’ at the Rijksmuseum, Amsterdam from 12 February–17 May 2015. The catalogue is published in English, Dutch, French and German.

Both catalogue and exhibition are ordered thematically. The reason for this Betsy Wieseman explains is that ‘Rembrandt of all artists does not proceed in a distinct linear fashion…he explores many different styles and techniques simultaneously’. During the later period of his career from 1652–69 he had undergone a crisis in his art production. Wieseman states that in this later phase Rembrandt became more directed in what was important to him to paint and to communicate. From formal characteristics to national sources from earlier artists, from the world around him to the latest developments in art. The book follows the different segments of the exhibiton, and focuses on aspects relevant to Rembrandt in his final years: the late self-portraits, emulation, light, artistic conventions, and inner conflict.

The National Gallery excelled itself in 2012 with a flawless exhibition ‘Leonardo da Vinci: Painter at the Court of Milan’ (2011–12).  ‘Rembrandt: The Late Works’, matches it, perhaps surpasses it. Each room is a feast of colour – it is hard not to use superlatives to describe what is on show – and this exhibition may be the one that will be permanently remembered as an exceptional tribute to Rembrandt. One has only to view the sketches, drawings and paintings on display (and in the catalogue), such as the tender, deeply intimate Portrait of a Couple as Isaac and Rebecca, known as ‘the Jewish Bride’ (c.1665),or Rembrandt’s deeply moving, unfinished final painting Simeon with the Infant Christ in the Temple (c.1669), to recognise his magnitude as an artist.

The exhibition,  curated by Betsy Wieseman,  is on until 18 January 2015. For the many who will not be able to visit London to see the show, Phil Grabsky, director of Seventh Art Productions, is making a film of the exhibition, to be shown in cinemas across the UK from 2 December 2014 and worldwide in more than 30 countries from February 2015.

Research into paint pigments used by Rembrandt
Royal Dutch Shell, the exhibition sponsors, are working with the National Gallery and the Rijksmuseum on scientific research into the paint pigments Rembrandt used, particularly the red, fast-fading ‘Brazilwood Lake’. A film of their findings is on show in the National Gallery foyer.
More information here

Film
For further information, including screening times and listings, on the Seventh Art Productions film, see: Rembrandt from the National Gallery London and the Rijksmuseum, Amsterdam
For research:  the Rembrandt database is an excellent resource.