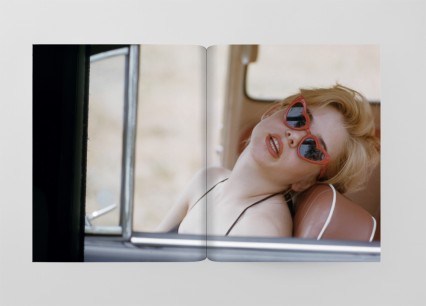 Ian Jones looks at the career of Stanley Kubrick, explored in ‘a fascinating collection of 17 essays about the work of this influential film director’

Stanley Kubrick was born in New York in 1928; he began an interest in photography that evolved into a career after receiving a camera from his father as a birthday present.  His first employment was as an apprentice photographer with Look magazine, a general-interest magazine that was similar to, though not quite as popular as, Life.  A famous and influential career in films followed which spanned almost 50 years and included Spartacus (1960), Lolita (1962), 2001: A Space Odyssey (1968), The Shining (1980) and the infamous A Clockwork Orange (1971).

Kubrick’s early films, Spartacus, Lolita and Dr Strangelove (1964) enjoyed both critical and box office success.  After the release of 2001: A Space Odyssey and the controversy surrounding the release (and subsequent withdrawal from UK distribution at the request of Kubrick himself) of A Clockwork Orange, a steady stream of scholarly essays and publications began to be written.  During the 1970s academic film studies were just emerging as an offshoot of Art and Art History and Kubrick’s challenging films were perfectly timed to be examined by these new film theorists.

Kubrick was a very private person who rarely gave interviews and the interpretation of his own films was left to others.  He also preferred to control many aspects of the films he directed.  He had first-hand experience in many aspects of filmmaking, having produced his own screenplays and worked as a cinematographer and editor on previous films.  While working on the historical epic Spartacus the cinematographer Russell Metty complained to the film’s producers that Kubrick was trying to take over his job.  The two quarrelled, Kubrick got his way and Metty won an Academy Award for his camerawork on the film.

The effort and attention to detail that Kubrick put into his films to ensure a realistic depiction of space travel in his epic film 2001: A Space Odyssey is explored in Regina Peldzus’ chapter ‘Speculative Systems’.  The Stanley Kubrick archive contains many photographs and letters exchanged between the director and representatives of NASA, the North American Space Agency.  Film studio photographers recorded the head of the Apollo space programme, George E. Mueller visiting the film set at Borehamwood.  Kubrick even wrote to IBM computers asking if they could provide an expert to advise the director on future computer systems.  Kubrick actually asked for a ‘mad computer expert’ in his letter to an MGM film studio publicist.

After his death in 1999 the archive that Kubrick collected and kept during his career was eventually donated to, and extensively catalogued by, the University of the Arts, London. Stanley Kubrick: New Perspectives is a fascinating collection of 17 essays about the work of this influential film director, based on research in this archive. In addition to letters and papers, the archive consists of artwork sent to Kubrick for approval, lighting plans for film sets, promotional photographs as well as photographic material from Kubrick’s early career at Look magazine.

The final chapter of this book aptly relates to the final film that Kubrick made, Eyes Wide Shut (1999).  The film had mixed critical reviews on its release several months after the death of the director.  The chapter ‘Archived Desires: Eyes Wide Shut’ by Lucy Scholes and Richard Martin assesses dialogue and script edits during production.  It also examines the marketing material, usually tightly controlled by Kubrick, which was altered after his death, leading us to question if reception of the film would have been different had he lived?