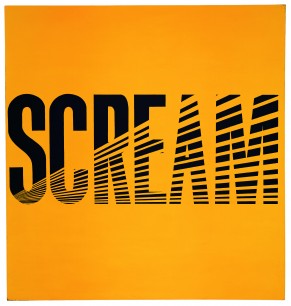 The First Pop Age: Painting and Subjectivity in the Art of Hamilton, Lichtenstein, Warhol, Richter, and Ruscha

Hal Foster, best known for his work on Surrealism and his writing for The London Review of Books and the left-wing academic journal October, has now turned his attention to Pop art in America, Britain and Germany. The First Pop Age presents a fresh and highly engaging take on one of the most worked-over movements in the history of art.  In his book Foster looks at five seminal figures: the British artist Richard Hamilton, who sadly died earlier this year; Americans Andy Warhol, Roy Lichtenstein and Ed Ruscha; and German painter Gerhard Richter, recently the subject of a major retrospective at London’s Tate Modern. Ironically, it has taken an American scholar to see Richard Hamilton as a figure on par with the likes of Warhol.

The First Pop Age is not a survey of Pop art nor is it an in-depth study of the careers of the five artists, although Foster does discuss their relevant post-1960s work. Instead he analyses key examples of their art and writings to support his argument that even though its images appear banal and superficial, as with Lichtenstein’s compositions derived from comic-book imagery or Richter’s paintings of trite family snap-shots, Pop art was a highly complex and ambiguous affair.

Furthermore, Foster sees Pop art as a paradoxical phenomenon, one characterized by both ‘reverence and cynicism’ for the worlds of high art and popular culture, which the Pop artists brought together in ‘an uneasy unity’. An example of this is the work of Californian Ed Ruscha, who conflated the worlds of commercial graphic design and abstract art in his stark paintings of gas stations. Indeed, the artists discussed all displayed a commitment to the traditional art form of painting, but used it in novel and astute ways to engage with the post-war world of the consumer society and ubiquitous mass media.

Foster starts with Richard Hamilton, who is considered the ‘father’ of British Pop art. Hamilton was a member of the ‘Independent Group’, a cultural think-tank comprising young artists, critics and architects who coalesced around London’s Institute of Contemporary Art in the 1950s. They sought to explore the images and products of the new American-style mass culture and its consequences for fine art. Foster focuses Hamilton’s mixed media paintings from the mid to late 1950s, in which the artist incorporated the imagery and presentation techniques of advertising, especially that of American car adverts. An example is Homage à Chrysler Corp of 1957, in which the fragmented bodies of a car and voluptuous female figure intermingle. Foster sees such work as revealing the sexual fetishization of automobiles and ‘commodity-fetishism’, the Marxist idea that mass-produced commodities magically appear as things with a life of their own.

Foster also sees Pop art as troubling the viewer. Pop art imagery appears easy to look at, to consume, to read. Yet Foster, particularly in his discussion Warhol, argues that this is often not the case. Foster cites Warhol’s frequent ‘distressing’ of images; the smearing, off-register silk screen printing, the heady repetition and use of indistinct imagery as we find in hisElvis Six Times from 1963, in which the star’s repeated image becomes increasingly spectral. According to Foster such distressing of images ‘test[s] the viewer’, leaving us in an indeterminate and unsettling relation to the art and its possible meanings.

Extreme examples of this are Warhol’s Screen Tests, produced in their hundreds during 1964–7 in his New York studio, appropriately called the Factory. These were short films, crudely shot with a 16mm movie camera and featuring full-face close-ups of various frequenters of the Factory, such as the actor Dennis Hopper. As Foster notes, they often make uncomfortable viewing for the spectator as we see each lone sitter, often under duress, struggling ‘to confront a camera, hold a pose, present an image and sustain the performance for the duration of the shooting’.

Any book by Foster, Professor of Art and Archaeology at Princeton University, is something of an event in art history circles and The First Pop Age is no exception. It is lavishly illustrated throughout and reasonably priced. This is an academic book for a specialized audience and is a ‘must read’ for scholars and graduate students: it demands and deserves close reading. There are 65 pages of endnotes and references, and Foster draws on a range of abstruse theorists such as the French psychoanalyst Jacques Lacan.

Media credit: Courtesy of the artist

Accessible introductions to Pop art can be found in:

Pop Art  A Continuing History by Marco Livingstone, published by Thames and Hudson (2000)