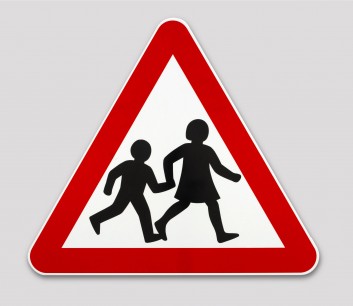 British national identity is not generally associated with modern design: that honour is usually reserved for Germany, Italy or Scandinavian countries. The new exhibition ‘British Design 1948–2012: Innovation in the Modern Age’ at London’s Victoria & Albert Museum (until 12 August 2012) recasts Britain as a country of highly talented designers, the home of design classics and a dynamic 21st-century creative economy.

The exhibition is curated by fashion historian Christopher Breward and Ghislaine Wood, who is a specialist in 20th-century art and design. ‘British Design 1948–2012’ features some 350 items drawn mostly from the V&A’s extensive holdings but also from private collections. In line with the exhibition’s aim of ‘breaking down the boundaries between disciplines’, the range of artefacts is indeed wide; interior and product design, fabrics, architecture, postage stamps, fashion, graphics, digital design, ceramics, fine art, signage and even artist Damien Hirst’s trendy London restaurant Pharmacy – and one could go on. To link them in a coherent narrative is quite an achievementand the inclusion of often marginalized practices such as costume and stage design, craft and jewellery is commendable. The last is exemplified by a beautiful jewelled golden hare made for Kit William’s best selling 1979 treasure hunting book Masquerade.

The exhibition proceeds chronologically and is bracketed by the 1948 London Olympics (dubbed the ‘austerity games’ owing to the dire economic state of the country at the time) and the forthcoming ‘corporate’ 2012 Olympic Games. According to the curators it ‘integrates the fine and decorative arts into broader cultural histories’, giving more background to the development of post-war British design. The show has three main themes. ‘Tradition and modernity 1945–79’ covers the reconstruction of the war-damaged country and the building of a ‘new Jerusalem’ of high-rise estates. ‘Subversion 1955–97’ looks at challenges to the political and cultural consensus from art school rebels. And finally ‘Innovation and creativity 1963–2012’ focuses on the shift to a post-industrial economy, epitomized by the rise of Britain’s highly successful computer games sector, responsible for such global hits as Tomb Raider from 1996.

The show also charts, and weaves in, the tremendous socio-economic changes of the period and highlights the tensions and contradictions of a rapidly modernizing Britain. For instance, our propensity to look both boldly forward to the future as with the daring supersonic Concorde airliner and yet gaze wistfully back to an idealized past, as in the interior designs of John Fowler, which are based on Regency and Georgian styles. What also emerges is the promiscuous nature and inclusiveness of British design, comingling as it does with the worlds of art, fashion and popular and high culture. One might note here the flamboyant stage costumes by haute couture designer Kansai Yamamoto and striking record sleeves such as Aladdin Sane for David Bowie in the early 1970s. Indeed, the country’s vibrant popular culture has very much been a fulcrum for creativity.

Yet there are some objects that appear of doubtful value – aesthetic and ethical. The unashamedly phallic 1961 E-Type Jaguar car is a design classic, Alexander McQueen’s dresses are extraordinary and rightly celebrated, but the tacky and rapidly superseded ZX80 Sinclair personal computer from 1980? And should we be venerating cigarette advertising even if it is those clever Silk Cut ads?

Another issue is the whole notion of what exactly constitutes design now. In encompassing everything from town planning to millinery, from bespoke tailoring to the sculpture of Henry Moore, the word ‘design’ becomes rather meaningless. Aside from this and its obvious nationalistic intent (but why not!), the exhibition is an impressive, in-depth object-centred survey that draws together diverse strands in post-war design and culture. And even though there are a very large number of artefacts on display it never feels cluttered and is a lesson in exhibition planning and design.

The exhibition’s 400 page catalogue British Design from 1948: Innovation in the Modern Age, available in both hardback and paperback versions, is lavishly illustrated and well-designed, and we are told that even the four typefaces used are British creations (although it is printed in Singapore; patriotism only seems to go so far). Edited by the curators, the catalogue has three main sections, which follow and expand on the overall themes of the exhibition. Each section has four essays by leading design historians such as Professor Penny Sparke of Kingston University and cultural commentators such as the erudite TV presenter Jonathan Meades. Sparke writes on the changing domestic interior and social class, while Meades looks at the trajectory of modern architecture in Britain. The prose is lively, accessible and informative. There is also fascinating focused scholarship such as work on the cotton fabrics created in England for the West African market in the early post-war era.     Accompanying the essays are short ‘focus’ pieces by movers and shakers of the design world. These often take the form of reminiscences; some insightful, others inconsequential. For example, design guru and founder of the chic design store Habitat, Terence Conran recollects the trials and tribulations of being a young designer in the 1950s, and fashion designer Zandra Rhodes describes the heady life at the Royal College of Art, where she was ‘exposed to the  best’ and grew up as both a person and a designer. There are also extensive endnotes and bibliography, a list of the objects in the show and profiles of contributors.

The catalogue is reasonably priced given its size, scope and quality, and will stand as a reference work for the period. It should greatly appeal to anyone interested in design in its very widest sense and its place in post-war British society.  Let us hope that our athletes do as well at the Olympics as ‘team V&A’ have done with this flag-waving yet stimulating exhibition.

BUY British Design from 1948 FROM AMAZON

Have you seen this catalogue? What did you think? Was it a ‘good read’? Value for money? Let us know.