Design – the story so far 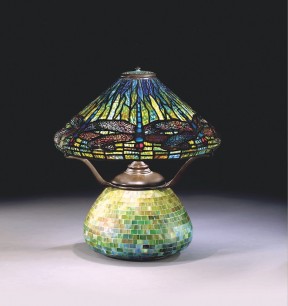 The Story of Design by Charlotte and Peter Fiell

There is the widely held conviction that there can only be ‘stories’ (plural) and no all-encompassing master narrative, so to entitle a book ‘The Story of...’ seems imprudent or even arrogant. Yet this is what the highly-respected American design historians Charlotte and Peter Fiell have done with their remarkable new survey, The Story of Design. Perhaps the title is a nod to art historian E.H. Gombrich’s highly successful The Story of Art, which first appeared in 1950. The Fiell’s book is really the first comprehensive history of the origins and development of design. It is also a reflection of the current keen interest in modern and contemporary design, and its growing cultural and economic status.

The scope of The Story of Design is impressive and reflects the view that design ‘spans the whole spectrum of human creative problem solving’. Indeed, the Fiell’s have an extremely wide definition of design: ‘every man-made object’, and are clear about its importance; design is ‘integral to human existence’ and civilization itself. They start at the dawn of humanity with prehistoric stone tools, then take us from the Ancient world – Greece, Rome and China with their early forms of mass production evidenced by the Chinese Terracotta Army – to the Middle Ages and the Renaissance, through to the Industrial Revolution, 20th-century modernism and its unruly progeny, postmodernism, and up to our digital age.

The Story of Design encompasses product and interior design,  architecture,  engineering, the decorative arts, graphic design,  branding, the celebrity designer and even military hardware, a rare topic in design history. It does not include fashion design, as according to the authors this has its own history. It also discusses important exhibitions and the ideas of influential campaigners, such as the early 20th-century Austrian architect Adolph Loos (1870–1933), author of Ornament is Crime (1913), who advocated rational modern design and the rejection of historicist ornamentation, and the tenacious young attorney Ralph Nader, who exposed what were then dangerous flaws in American car design in his book Unsafe at Any Speed (1965). Moreover, the Fiell’s cover seminal technological developments such as the spinning jenny, which began the mechanization of weaving in the 18th century, ushering in the Industrial Revolution and later wonders such as 3-D printing.

Each of the book’s 20 short chapters is split into clearly defined thematic sections, which introduce various themes and key movements such as Neo-Classicism,  the Pre-Raphaelites and decorative arts, Art Deco, planned obsolescence and 1960s Pop design. Also included are leading individuals and organizations that have shaped design and changed the world: Edison with his electric light; the Bauhaus, Germany’s revolutionary design school; and Apple’s iMac computer. All this is impressively woven together into an engaging and highly informative account. The Story of Design, with its clear, intelligent and jargon-free prose, is aimed at the general reader, although given its scope and the standing of the authors, design professionals, academics and students will also find it an indispensible text.

The Story of Design is also rich social, economic and political history. Designs are discussed in their wider context and how society shapes them and vice versa: for example, the role that well-designed and engineered export goods played in the post-war economic recovery of Germany, Japan and Italy. The Italians emphasized styling, as with their highly successful Vespa scooter, to compensate for a lack of advanced technology. There are, of course, omissions and biases. The focus is on America and Europe. The Fiell’s argue that these were earliest to industrialize and to commercialize design ideas on a large scale and so drove the development of modern design. Even so, what about design in the new industrial giants such as Brazil and China?

The illustrations in this handsome hardback are superb and do a splendid job in complementing the narrative and amply show the craftsmanship, ingenuity and beauty of designs, be they an elegant 17th-century Dutch wineglass or the first Nikon camera. There are not only images of archetypal designs, but also engravings, paintings, posters, engineering and architectural drawings, advertisements and documentary photographs. Many are beautiful or extraordinary: the graceful prow of a Viking longship, stunning Art Nouveau interiors, the sleek 356 Porsche sports car and a portrait of an American Civil War soldier festooned with weaponry. Sadly, as the Fiell’s show, conflict is a major driver of design innovation. Connecticut’s (in)famous Springfield Armoury developed the large-scale mass-production of arms that gave the North a massive advantage over the Confederate South.

In their conclusion, the authors ruminate on the current state of design and future trends; the urgent need for sustainability, the convergence of diverse technologies epitomized by the ubiquitous iPhone and the emergence of ‘smart designs’ that react to us and our surroundings. They end by asking: ‘What, then, will our own design legacy say about us’. Well, we produced books like The Story of Design.

BUY the Story of Design FROM AMAZON

See also in this issue of Cassone,  Sue Ward's interview with Charlotte and Peter Fiell, authors of The Story of Design and many other books on all aspects of design, written for a wide audience