The art of the Belle Epoque celebrated in Brussels 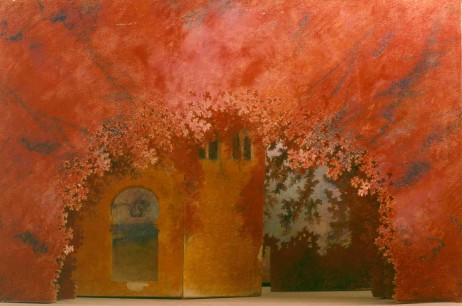 On 6 December last year a new museum opened in Brussels to house the state’s extensive collection of late 19th-century art. It is situated in the lower four floors of the Musée des beaux-arts, which visitors to the former division of the museums will remember used to house modern art.

Brussels, along with Paris and Vienna, was one of main centres for the visual arts in the late 19th century. The state collection of art of the period is a mixture of Belgian and French, with a handful of Dutch paintings. The art here covers the period 1864–1914. By the 1850s, artists had fallen under the influence of the Barbizon School and Gustave Courbet (1819–77). Realism and Social Realism were major strands in Belgian art until 1914. The most famous Belgian exponent of Social Realism was Constantin Meunier (1831–1905). A number of his oil paintings and bronze sculptures of coal miners, furnace workers and farm labourers are on display next to work by less well-known artists. The pieces have just the degree of dignity and seriousness that the artist intended.

One of the real finds for visitors will be the unfamiliar paintings of Hippolyte Boulenger (1837-1874). Following Jean Francois Millet (1814–75) and the Barbizon painters, Boulenger worked out of doors and handled paint with daring freeness. His Flood (1871) is audacious and effective, its sombre palette and glowering clouds are enough to chill the flesh. Another snow scene conveys a gloomy and dynamic scene of mid-winter, off-whites slashed and dragged over the canvas surface. Epilepsy and the effects of alcohol carried Boulenger to an early grave. On the evidence of these two paintings alone (aside from other – less individualistic – pieces at the museum), he was clearly an uncommon talent.

Neo-Impressionist art is represented by a study by Georges Seurat (1859–91) for his Grande Jatte. The study shows the unpeopled bank of the island, overlooking the river. Unfortunately, the painting has been mounted in a very unsuitable manner, covering the image’s original border. Let us hope the misjudgement is rectified soon so viewers can see the painting as Seurat intended. One of Pointillism’s most active proponents was Belgian Théo van Rysselberghe (1862-1926), whose portraits and landscapes are also on view here.

James Ensor (1860-1949) is represented in great depth. All his styles and subjects are on show here: early Social Realist scenes of peasants, bourgeois interiors and still-lifes in the Impressionist style, Turneresque seascapes and, most famously, his proto-Expressionist paintings of masked figures and skeletons. Ensor’s mask paintings are the link between Symbolism  and Expressionism.  In them he animated masks, use them to mock the social pretension and hypocrisy he saw around him in his native Ostend. Skeletons were employed not only as emblems of death but as actors in satirical burlesques, such as The Bad Doctors (1892), which bring Gillray  into the belle-époque Belgium.

The Nabis are represented by a wonderful Vuillard  painting of figures in a park, where the bands of foliage, ground and shadow are turned into an ersatz-tapestry, dense, decorative and strongly coloured. Nude against the Light (c. 1908) by Frenchman Pierre Bonnard is one of the masterpieces here. Light comes through lace curtains to illuminate the model (the painter’s wife Marthe) and is captured sensitively through the placement of direct and indirect highlights on the skin and light glimmering on the rim of a bathtub.

Fittingly, the deeper one goes and farther from natural light one is, the more artificial and nocturnal the art gets. Fernand Khnopff (1858-1921) was quintessential Belgian Symbolist of the last decades of the 19th century. The Sphinx (1896), his most famous painting, is in the Musée fin-de-siècle. It shows an androgynous figure caressing a leopard with the face of a woman. Its blend of Pre-Raphaelite detail and finish with a peculiar melancholy and faint absurdity of incongruity is typical of his art. A genuinely uncanny drawing shows Flemish buildings abutting an encroaching (but tranquil) sea – an oddly comfortingly vision of dissolution.

On the lowest level are the glories of Art Nouveau design, principally glassware, silverware, furniture, light fittings and tiles. Gallé and Lalique stand out among the glass works. The quality and condition of the work is exceptional, and it is all the more amazing that the Gillion Crowet family, whose collection this is, picked up many artefacts from flea-markets at knock-down prices 50 years ago. The Gillion Crowet family have now donated the collection to the state and it forms the jewel of the Musée fin-de-siècle collection.

Mucha’s Nature (1899–1900), in the Gillion Crowet collection, provides a fitting climax to the museum, embodying the sultry and artificial pleasures of fin-de-siècle art. It is unearthly, delightful, vulgar and seductive – just as Art Nouveau was meant to be.

The Barbizon School was an influential group of painters who pursued a realist style from around 1830–70. Those active in the movement included Corot, Millet and Daubigny and these artists later inspired the Impressionists, such as Monet.

Georges Seurat’s painting A Sunday Afternoon on the Island of La Grande Jatte (1884–6) is an example of his Pointillist style, emulated by other artists of his day. Paint is applied in small, discrete dots or ‘points’. Seurat prepared a number of studies for the painting, which is now in the Art Institute of Chicago. It was the inspiration for the Stephen Sondheim musical, Sunday in the Park with George.

An exhibition, ‘Temptation: The Demons of James Ensor’ will be on view at the Art Institute of Chicago from 23 November 2014 to 25 January 2015.

Entrance to the Musée de fin-de-siècle is through the main lobby to the Musée des beaux-arts, Place Royale, Brussels. Entry costs €8, concessions are available. Guide available in English, French and Dutch, €15. More information is on the Museum's website