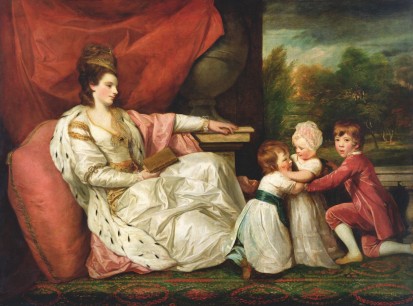 ‘Turquerie’ is the term given to the European fantasy of Ottoman culture.   Part of a more general Orientalism which presided in Western Europe from the 16th to the 19th centuries, ‘turquerie’ came to prominence in the 18th century when the threat of Turkish invasion was replaced by a desire for Turkish goods.  As with many fashions inspired by foreign realms, ‘turquerie’ said more about the cultures that conceived it than the culture it was purported to imitate.

In 1452 when the 21-year-old Sultan Mehmed II captured Constantinople, he effectively ended the thousand-year-old Byzantine Empire.  As the Ottomans penetrated deeper into Europe, many Christians were convinced that the continent was about to be overtaken by Muslim conquerors.   Viewed with awe and terror, the Turks were depicted as savage in battle and merciless in victory, inspiring what was known in German-speaking lands as Turkengefahr, or fear of the Turk.

Nonetheless, many canny merchants rushed to ingratiate themselves with the new leaders of the Sublime Port, which stood on the crossroads between West and East.  Within several years of the Ottoman victory King Ferrante I of Naples dispatched his favourite artist to gain the Sultan’s favour, the Venetians sent their most famous painter, Gentile Bellini,  as cultural ambassador and King Francois I of France established the first permanent European embassy in the newly conquered city.

In 1529 when the Ottomans were finally repulsed at the walls of Vienna, Europe began to take a more relaxed view of the infidel.  As the boundary of the Ottoman Empire was pushed eastwards, fear turned to fascination as Europeans delighted in the luxurious goods and the exotic customs of their former enemy.  In 1581 Queen Elizabeth granted a charter to the Levant Company to foster commercial links with the Ottomans.  In 1612 the Dutch established their own diplomatic representative and then proceeded to dominate commerce for 30 years until they moved on to the East Indies.  From mid-century, the English led the European trade in Constantinople, but after a concerted campaign by King Louis XIV, the French gained influence, and by the end of the century they controlled more than half of European market.

Meanwhile artists’ images, travellers’ accounts, translations of Arabic literature and the dazzling spectacle of the Ottoman diplomatic missions as they visited Europe’s courts generated widespread interest in Turkish culture.  From the mid-17th century, Turkish elements began to penetrate all aspects of European arts.  Kirtas and kaftans animated the stage in such popular works as Moliere’s  Le Bourgeois gentilhomme;  sultans, slaves and odalisques filled masquerades and costume balls; Ferdinand II de Medici, Grand Duke of Tuscany, sat to his portrait in a jewelled turban.  In the 18th century Elizabeth Vigee Le Brun painted her society ladies in loose gowns ‘a la turque’, Mozart and Handel leavened their operas with Turkish percussion while painters and decorators made free with crescent moons, palm trees and camel trains.   Even the ground itself became a setting for turquerie as tents, kiosks, mosques and minarets littered landscapes from London’s Kew Gardens and Vauxhall pleasure grounds to Parc Monceau in France, Drottningholm in Sweden and Den Eult in Holland.

While most ‘turquerie’ was employed, simply, to add an exotic sensuality, ‘turquerie’ could also be evoked for political ends.  When Ogier de Busbecq, ambassador from the Holy Roman Empire, wrote that the sultan paid no attention to wealth and rank, rewarding each man according only to his talents, de Busbecq was challenging the hereditary-based system of his own rulers; when Mme de Pompadour commissioned paintings of sultanas and odalisques, she was proclaiming her continued importance as King Louis XV’s domestic adviser, despite having been ousted as his mistress.  When Racine set his Bajazet in a Turkish harem, it enabled him to examine delicate themes of love and honour.  When Prince Eugene of Savoy had his bedposts sculptured in the image of captured Turks he was glorifying his own military prowess.  When Louis XVI, Empress Catherine II and King Carlos IV commissioned Turkish rooms for their royal palaces they were proclaiming their wealth. And when fashionable youths such as William Beckford (who commissioned James Wyatt  to build Fonthill Abbey) received their visitors in Turkish robes, smoking Turkish tobacco or sipping Turkish coffee, they were demonstrating their own cosmopolitan sophistication.

The 18th century marked the apex of ‘turquerie’ but, by the end of the century and especially after the French Revolution, there was little patience for the decadence, indolence and idle luxury implicit in the Turkish myth. In 1800 Napoleon’s Egyptian campaign shifted interest from the Ottoman to the Egyptian empires.  In 1820 the Greek Revolution moved sympathy from the oppressive Turks to the oppressed Greeks, in whom Western Europeans saw their classical heritage.  In 1830 the French conquest of Algeria opened up North Africa as a new source of exotica.  Gradually the fashion for ‘turquerie’ was absorbed in a more generalized Orientalism  in which tents and turbans, harems and hashish, coffee and caravans, silks, damask and delicate porcelain all evoked a nostalgic douceur de vivre.

Haydn Williams is well placed to explore this rich and evocative phenomenon.  Having worked at Sothebys for two decades he now operates as an independent fine art consultant, writer and curator.  Williams provides a fascinating insight into the historical background, the political context and the myths and realities of ‘turquerie’.  He also offers a detailed analysis of individual items of material culture; from English engravings to Russian pavilions, from Austrian jewellery and German porcelain to French wallpaper, he traces lines of influence, examining the inspirations behind and the assessing the enduring legacy of ‘turquerie’.  With its sumptuous illustrations, this book would appeal to anyone interested in Ottoman culture, Orientalism or 18th-century decorative arts.