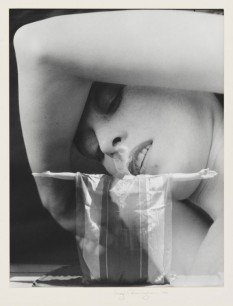 Adam D. Weinberg, the Alice Pratt Brown Director of the Whitney Museum of American Art, announced today (24 September) that a promised gift of 75 photographs has been made by Sondra Gilman Gonzalez-Falla and Celso Gonzalez-Falla that will dramatically affect the Museum’s photography collection.

This promised gift from the greatest benefactors of the Whitney Museum’s photography programme has a transformative effect on the Museum’s collection. The works are classics of 20th-century photography that enable us to tell the story of 20th-century American art. We are profoundly grateful to Sondra and Celso, who have amassed one of the outstanding collections of photography in the world, for their extraordinary support and longtime allegiance to the Whitney. They have raised our collection to a new level.

Among the works are 12 photographs by Walker Evans, including Kitchen Wall, Alabama Farmstead (1936), which was published in Evans’ and James Agee’s important book on tenant farm families, Let Us Now Praise Famous Men, as well as Torn Movie Poster (1931). Also part of the gift are two of the most important works of Alfred Stieglitz, Equivalent (1922), an example from his seminal series of cloud photographs, and Spring Showers (1901), an important early photograph, as well as key works by Robert Frank from his classic series The Americans.

There are also excellent examples of work by Diane Arbus, William Eggleston, and Imogen Cunningham, including Martha Graham 2 (1931). The works, which are being given as a shared promised gift that will be jointly held by the Whitney with The Gilman and Gonzalez-Falla Arts Foundation, include iconic photographs by Berenice Abbott, Ansel Adams, Margaret Bourke-White, Harry Callahan, Roy DeCarava, Lewis Hine, William Klein, Dorothea Lange, Helen Levitt, Danny Lyon, Lisette Model, Man Ray, W. Eugene Smith, Paul Strand, Edward Weston, and Minor White, among others.

At the Whitney, a determined effort to collect photographic art began in 1991, when Sondra Gilman Gonzalez-Falla founded an acquisitions committee devoted to the purchase of 20th-century photography. Since then, the photography collection has grown from fewer than 50 works to several thousand. An area of particular concentration is photography’s interaction with contemporary artistic practice in all disciplines. Rather than treating photography as an autonomous art with its own pictorial language, the Whitney has engaged with photography as a medium used by artists who approach it as one of several means of creative expression.

In 1998 the Whitney furthered its commitment to photography with the formation of a curatorial department of photography and the inauguration of the Sondra Gilman Gallery, a space exclusively devoted to the exhibition of photography. The Whitney has continued to concentrate its efforts to collect, preserve, and exhibit photographs by 20th- and 21st-century American photographers. The Museum’s mission in photography is to build a collection that reflects the complexity and diversity of American art, as well as to encourage acquisitions that enhance the Whitney’s holdings of works in other media.

Sondra is responsible for originating the Whitney’s photography department, and she and Celso have been the greatest champions of photography in the Museum’s history. These 75 works are absolutely elemental to our collection, masterworks and master prints by many of the major figures in 20th-century American photography. The impact on our collection is immense.

The Whitney plans to include some of the photographs in the presentation of the permanent collection that will inaugurate the Museum’s new building downtown, on the corner of Gansevoort and Washington Streets, when it opens in the spring of 2015.