The man who invented Impressionism? 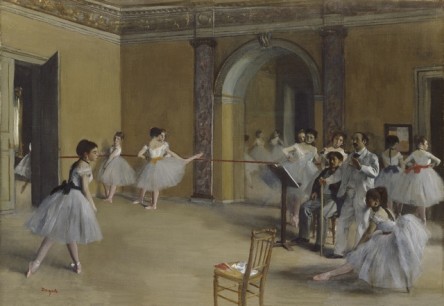 Paul Durand-Ruel (1831–1922) invented the modern way of dealing in art. Not only that, ‘the invention of Impressionism’ itself was his work. These are the radical claims that have been made for him, the latter claim being the title of the exhibition that showed at London’s National Gallery this spring which (with the different title ‘Discovering the Impressionists’) is now at the Philadelphia Museum of Art until 13 September this summer.

The title of the original French installation of the show, ‘Gambling on Impressionism’, suggests the notion of venturesome entrepreneurialism, the dealer as capitalist hero in a scenario where the market makes the success. The title of the English showing, ‘The Invention of Impressionism’, conveys the idea that such dealership’s creativity actually supplemented that of the artists themselves in some decisive way. His role lay in making a commercially recognized package which would achieve posthumous validation.

Such approaches draw on a tradition within American sociology  but also on the more recent notion of the ‘creative industries’. The latter attempts to justify the relevance of the arts by  presenting cultural creativity as part of the systems of economic transaction and employment. Whether we regard such thinking as ideology or economic realism, it certainly explains a number of artworld celebrations of leading dealers, including that of Daniel Kahnweiler by the Pompidou Centre, Paris in 1984 and that of Theo Van Gogh by Amsterdam’s Van Gogh Museum in 1999.

In presenting Durand-Ruel as an heroic individual, however, there are dangers of misrepresentation. The catalogue, for example, actually tells us that scholars are now putting the emergence of the modern entrepreneurial market back into the first half of the 19th century. The catalogue also shows us that dealers other than Durand-Ruel were interested in the future Impressionists back in the 1860s. Moreover, most of the early collectors of Impressionism bought directly from the artists themselves and not through Durand-Ruel.

If we want to appreciate how the artists promoted themselves, let us remember that the dealer was not actually offering any financial support in the period of 1874–79 when the first Impressionist shows took place. It is important to emphasize that, through their own initiatives in organizing their early shows, the artists themselves had created a certain cultural consecration for their work which Durand-Ruel was able to draw on economically when he began buying again in the 1880s. The extraordinary role of the painter Mary Cassatt  in introducing American collectors to Impressionism is arguably more important and certainly earlier than Durand-Ruel’s activities in the States, while the impact of the painter and collector Gustave Caillebotte’s 1878 bequest of Impressionist works to the State again underlines how active the artists were in attracting attention for their art.

And why did Monet   fall out with Durand-Ruel on several occasions if the dealer only wanted what was best for the artists? Certainly Monet felt some tension with his dealer over the issue of finish (as his letter of 3 November 1884 to Durand-Ruel reveals). He also feared being ‘owned’ by Durand-Ruel. In a letter to the dealer from 10 December 1885, Monet revealed that he did not want to seem to be under the ‘tutelage’ and in the ‘hands’ of the dealer. Monet may have been deeply appreciative of Durand-Ruel’s commercial backing, but the artist’s self-possessive individualism meant that the dealer’s attempts to monopolize Monet’s paintings met with resistance. One would have liked to have been a fly on the wall to hear what Monet would have made of the National Gallery’s notion that Durand-Ruel was actually central to ‘the invention of Impressionism’.

The National Gallery/Philadelphia exhibition started at Paris’s Luxembourg Museum where I caught up with it. The documentation here was kept in glass cases in the centre of the space, away from the paintings, but the labels were heavy with information about trading details, including purchase and repurchase prices. One felt torn between the visual tug of the paintings, their appreciation and comprehension, and the dense label information telling another story, one of commercial dealing. It raised questions for me about whether one should really represent such commercial transactions in an article or book, issues inexorably overridden by the inevitable ‘success’ of any exhibition touting an Impressionist tag. Nevertheless, one could see by simply glancing around the exhibition Durand-Ruel’s strong taste for Renoir,   perhaps even more than for Monet, and his limited response to Gauguin, Seurat  and Van Gogh.

The catalogue contains scholarly essays describing Durand-Ruel’s marketing practices (in the overview essay by Paul-Louis and Flavie Durand-Ruel); his promoting of Barbizon art, often seen as a forerunner of Impressionism (Simon Kelly); the innovation of solo exhibitions (Sylvie Patry); relations with collectors (Anne Distel); and his activities in America, Germany and England. Joseph Rishel looks at the dealer’s limited response to Post-Impressionism. There is an extremely useful essay by John Zarobell on the dealer in relation to the market for modern art in the 1870s, and a final chronology and bibliography. It is not, as the marketing has it, the first exhibition devoted to Durand-Ruel and his gallery, but the catalogue will serve as a reference work for years to come.

The exhibition began at the Luxembourg Museum in Paris with the title ‘Le Pari de l’Impressionisme’ or ‘Gambling on Impressionism’, which related more to the idea that the dealer was the first to treat selling art as an entrepreneurial activity. For more on ideas of the development of the art market in the 19th century, see The Circulation of Works of Art in the Revolutionary Era, 1789–1848, by Roberta Panzanelli and Monica Preti-Howard, 2007. For American sociology ideas relevant to this review, see Harrison and Cynthia White’s 1965 Canvases and Careers and Howard Becker’s 1982 Art Worlds.

‘Discovering the Impressionists: Paul Durand-Rule and the New Painting’ is on at the Philadelphia Museum of Art until 13 September 2015